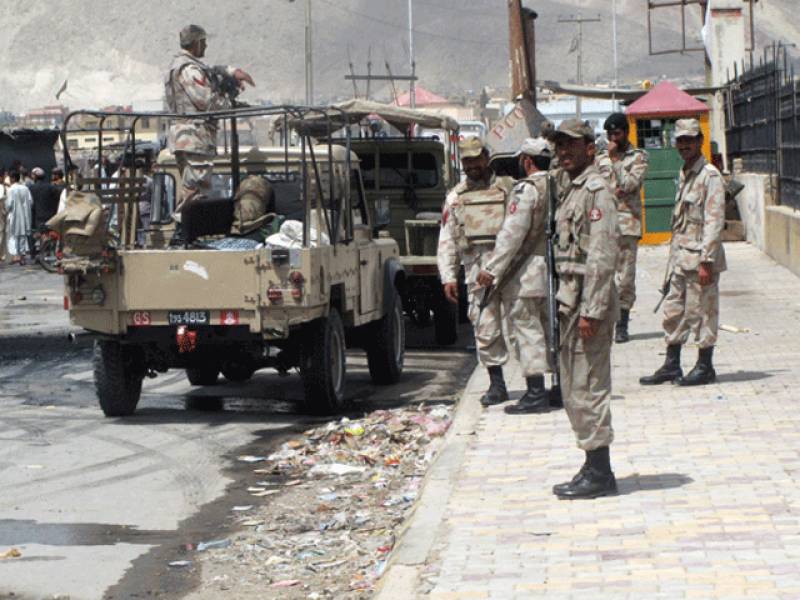 QUETTA – At least four personnel of the Frontier Corps were martyred on Saturday while the other two were said to be injured in a bomb attack near the Khosat area of Harnai in Balochistan.

Reports in local media quoting security forces officials said the FC vehicle was targeted in the Safar Bash area while the outlawed Baloch Liberation Army claimed responsibility for the attack.

The FC troops were on patrolling duty while the improvised explosive device went off when their vehicle reached the Safar Bash area.

Later, forces rushed to the scene of the attack and started the operation besides moving the bodies and the injured to the nearby medical facility.

Earlier, two soldiers of Frontier Corps South were martyred while another was injured when armed men attacked their convoy in the Buleda area of Kech district. The officials claimed that members of security forces immediately returned fire, but the attackers managed to escape.