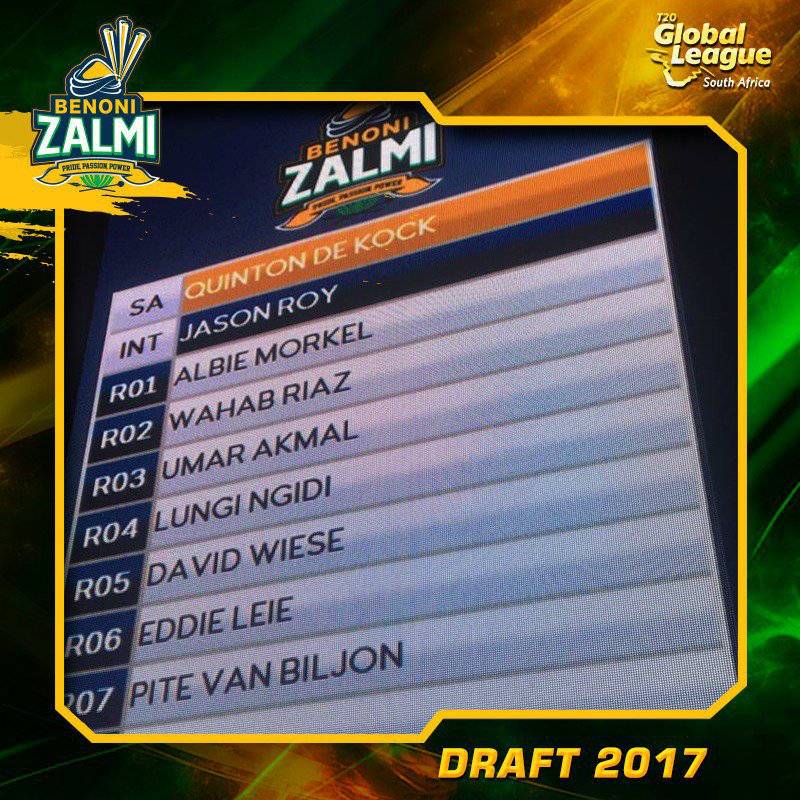 CAPETOWN - The House of Zalmi has signed Wahab Riaz and Umar Akmal for $0.15 million and $0.1 million respectively, for the upcoming Global T20 League which will be held under the aegis of Cricket South Africa (CSA).

The House of Zalmi, which has already made a mark with its team Peshawar Zalmi lifting the Pakistan Super League (PSL) trophy this year, launched its second cricket franchise Benoni Zalmi for Global T20 League earlier this month.

Too fast & too furious @WahabViki will be lethal in Benoni bowling attack with his bouncers & yorkers. What a treat to watch him #T20GL pic.twitter.com/cCIoBvnzoa

The drafting process of the Global T20 League was held in Capetown, South Africa, where Benoni Zalmi hired Riaz and Akmal.

Pakistan's all-rounder Imad Wasim was picked up by Stellenbosch Monarchs for $85,000, while Anwar Ali was hired by NMBH for $0.1 million.

LAHORE - The World XI team is coming to Pakistan next month, Pakistan Cricket Board (PCB) Chairman Najam Sethi has ...

South Africa’s Graeme Smith will be the coach of Benoni Zalmi, the only Pakistani franchise that will be participating in the Global T20 League.

All eight teams of the Global T20 League picked their squads in a much-awaited draft at Cape Town on Sunday.