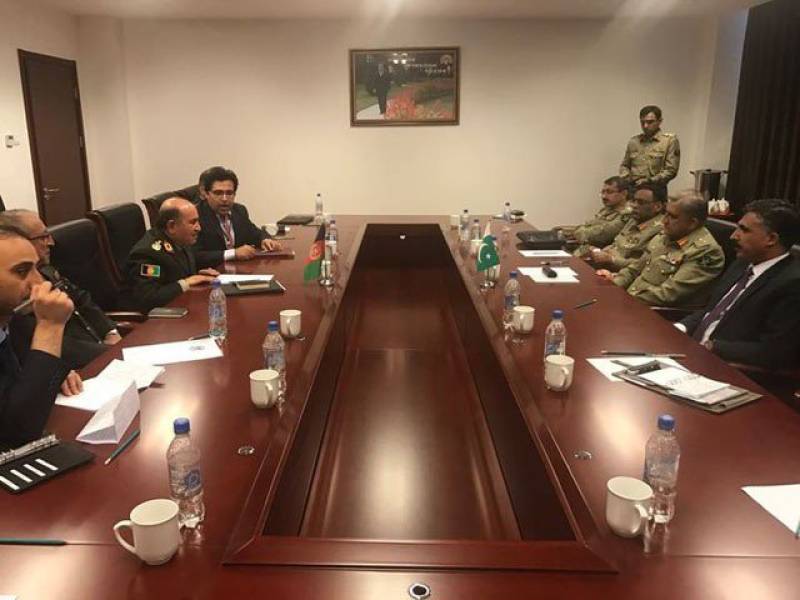 Speaking on the occasion, General Qamar Javed Bajwa highlighted achievements of Pakistan in fight against terrorism for eliminating terrorists’ safe havens from its soil. He said that terrorism being a transnational threat can only be defeated through intelligence sharing and coordinated effective border management.

COAS Gen Bajwa assured his Afghan counterpart of his "fullest cooperation" but made it clear that "Pakistan cannot bring the Afghan war into Pakistan." COAS said that Pakistan has already cleared all its areas indiscriminately and has started unilateral border security measures including fencing. Besides border security management other key factor for enduring peace is dignified repatriation of Afghan Refugees.

The COAS reassured Afghan side that Pakistan is open to any suggestion that facilitate peace in Afghanistan. In this spirit, he offered to form a Pak-Afghan Army working group to jointly work and formulate security recommendations for government level discussion aimed at addressing mutual concerns.

Afghan general agreed to the proposal and thanked COAS for his relentless efforts towards peace.

Earlier, the senior military leadership of China, Tajikistan, Afghanistan, and Pakistan had signed an outline for a cooperative mechanism at the QCCM meeting in Dushanbe. The mechanism will come into force after its endorsement by the respective governments.