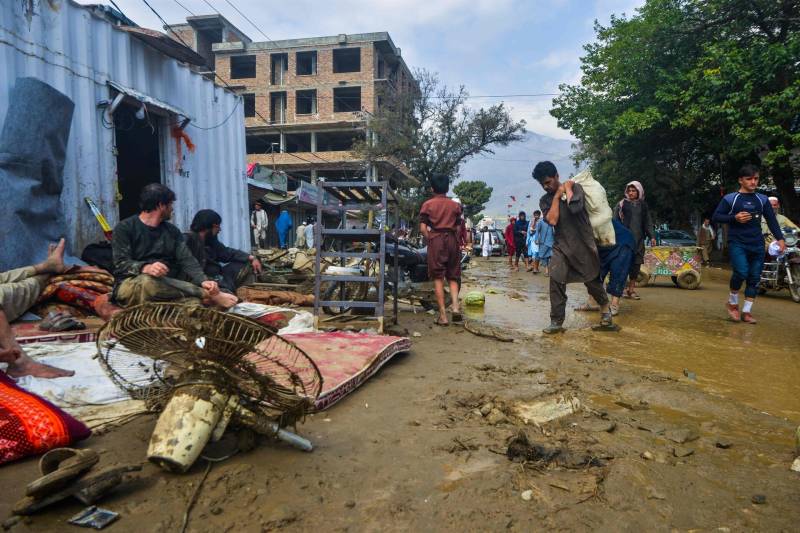 KARACHI - Heavy flooding has killed at least 100 people and injured scores more as seasonal rains drenched northern and eastern parts of Afghanistan, according to Afghan officials.

More than 500 houses were destroyed.

State minister for disaster management Ghulam Bahawudin Jilani said that in northern Parwan province water inundated the central city of Charikar, where the health ministry said the local hospital was partially destroyed and many of the injured were being transferred to the capital, Kabul.

The provincial spokesperson, Wahida Shahkar, said the number of casualties could rise as people and rescue teams were still working to locate people buried under destroyed houses.

The head of the provincial hospital, Abdul Qasim Sangin, said several children were among the dead and some of the injured were in critical condition.

Shahkar said the flooding started in the central part of the province overnight, following heavy rains and destroying many homes. She called on the government to deliver aid and provide immediate support for workers digging through mud to reach those who were trapped.