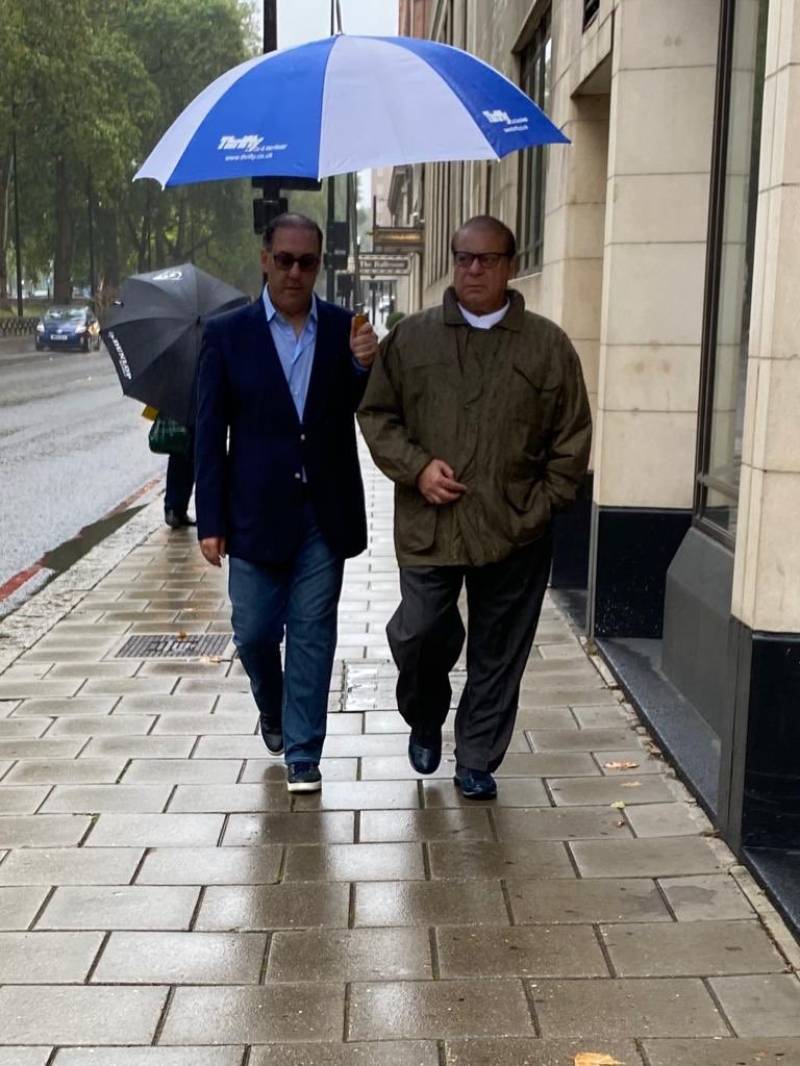 The Imran Khan government is showing the level of seriousness to bring back Nawaz Sharif to Pakistan from the UK as it was earlier determined to send the convicted PML-N leader abroad just a year ago on medical grounds.

The matter was discussed in a cabinet meeting on Tuesday.

Prime Minister Imran Khan wants to use every possible forum to repatriate his chief rival to Pakistan. The issue attracted Imran Khan’s attention when a picture went viral online where Nawaz Sharif is seen walking worriless on a London street with his son, Hasan Nawaz, also a wanted person in Pakistani courts.

Moreover, federal minister Fawad Chaudhry has stated on the record several times that the release of Nawaz Sharif and later his departure to the UK has damaged Pakistan Tehreek-i-Insaf’s narrative on strict accountability.

In the fresh cabinet meeting, Prime Minister Imran Khan has discussed the ordeal of bringing Nawaz Sharif back to Pakistan and in this regards, he asked his Adviser on Accountability Shahzad Akbar and Law Minister Farogh Naseem to use every possible forum and option to meet the task.

Why is this sudden U-turn in Mr Khan’s views as of earlier he was willing to allow Nawaz Sharif and Asif Zardari to get medical treatment and now he wants to see Nawaz Sharif in jail? It is, however, strange to see that certain cabinet members asked the prime minister to allow Mr Sharif to stay in the UK for his medical treatment as that would also be good for politics.

This point can be debated.

Several people may agree with this point, and several others may just laugh.

The fact, however, either side may not differ is Nawaz Sharif needs to justify his stay in London and he needs to prove his illness case. Month after month, the PML-N has been submitting medical reports which lack any medical substance.

Earlier in February last, the Punjab government showed its dissatisfaction with the reports presented by the party and subsequently, the provincial cabinet did not extend the bail granted on medical grounds to the former prime minister.

This is the time Nawaz Sharif returned to Lahore immediately from London. His initial days will be in Kot Lakhpat jail. He has a good team of lawyers.

Civil society loves him publicly, though what it says about the former prime minister in private conversations is another debate.

The media love him too. What he did to the media and the people through PEMRA, PECA and other laws is another debate.

The law loves him.

History will dub is nothing short of a miracle that a convicted person, serving jail terms in Al-Azizia mill case, was released on bail for eight weeks by the Islamabad High Court on October 29, 2019, for treatment abroad. Later, bail was extended for a further eight weeks. Again, bail was to be automatically extended, therefore it was extended for 16 weeks, says Law Minister Raja Basharat.

These weeks have passed weeks, weeks ago but Mr Sharif is roaming on London streets.

The government should go to courts and plead the case.

Before that, it should go to the public and explain the reasons for being too lenient towards Nawaz Sharif.

That it was the agriculture department that lent NRO to the Sharif family.

History will judge them differently if Imran Khan, Nawaz Sharif and the mehkma ziraat also speak up.