15 injured as passenger plane skids off runway in India 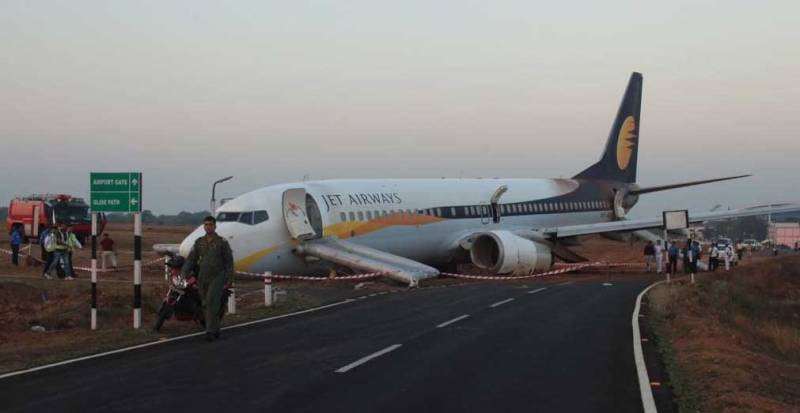 The Indian Navy that oversees the flight operation confirmed the incident while stating that the cause of  Jet Airways plane veering off the runway was still unknown.

"There are minor injuries, bruises or fractures to 15 passengers. Everyone else was taken out safely," navy spokesman DK Sharma said. The runway was cleared after the incident and routine flight operations were started as tourists from around the world are arriving in Goa to catch a glimpse of the attractive beaches.

Jet Airways said the plane, which was bound for the western city of Mumbai, had veered off the runway while aligning for take-off.