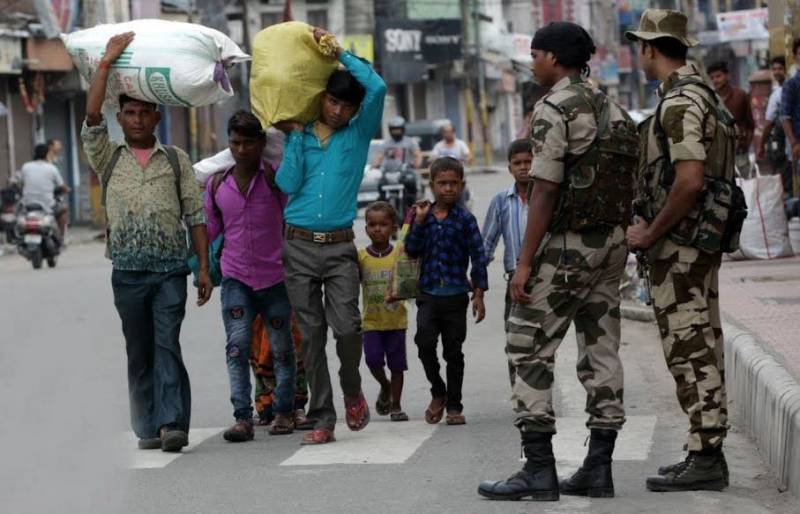 SHOPIAN – An army officer of the rank of a captain along with two others have been found guilty for killing three Kashmiri citizens in July this year.

A special investigation team (SIT) constituted to probe the incident, produced a challan against the accused trio before the Principal and Sessions Judge of Shopian.

The incident highlighted when families from Rajouri claimed that their kin, who went to Shopian, had gone missing. The victims, 25-year-old Imtiyaz Ahmed, 20-year-old Mohammad Ibrar, and 16-year-old Abrar Ahmed, killed during the staged gunfight and later declared militants.

The army and the police ordered a separate probe to investigate the matter.

The army started disciplinary action on September 18, against unnamed soldiers and officers involved in the killing of civilians. In a brief statement, the Army accepted that the officers violated powers under Armed Forces Special Powers Acts (AFSPA).

All of the three had been buried at a graveyard in north Kashmir’s Baramulla. Their bodies were exhumed on October 3, after around 70 days, and later buried in their home town.

On December 24, the army said that the ‘summary of evidence’ proceedings into the killing has been completed.

Earlier, Pakistan called for a judicial inquiry, under international scrutiny, into the killing of three Kashmiris in the occupied Kashmir in July. The Indian army initially admitted that its soldiers exceeded their powers during a fake gun battle that killed three youths in the Shopian district.

More than 300 Kashmiris have been extra-judicially killed by the Indian armed forces in fake encounters and staged operations during the past year.