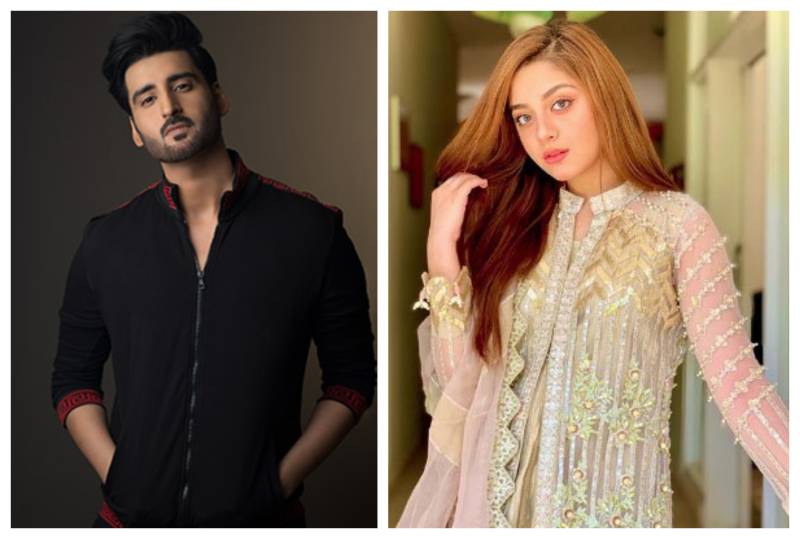 Rapid-fire rounds on talk shows are fiery and spontaneous with some interesting revelations that give headline grab worthy statements and this time is no exception.

The celebrity couple Agha Ali and Hina Altaf are currently hosting a show The Couple Show in which different couples are invited. The show consists of multiple fun segments in which the question and answers session is held where the star couple make intriguing revelations.

Recently, Kanwal and Sabzwari were invited to the show in the very first episode where both they interacted through some fiery questions, putting the opposite team in a slightly musing spot while answering questions about fellow stars.

When the Mera Bawafa star was asked which actress should pay more heed to acting skills rather than makeup, he replied Alizeh Shah. Further, he added that the Ehd-e-Wafa star should be more concerned about her acting than makeup.

Shah became a national crush after the success of her drama serial Ishq Tamasha in 2018, where she played the role of ‘Palwasha’ and received the Hum Award for Best Television Sensation.

Apart from her impeccable acting skills, her beautiful big eyes and flawless skin are the biggest reason behind her crazy fan following.

Shahroz Sabzwari’s second marriage with supermodel Sadaf Kanwal became a hot topic in 2020. Despite being accused ...