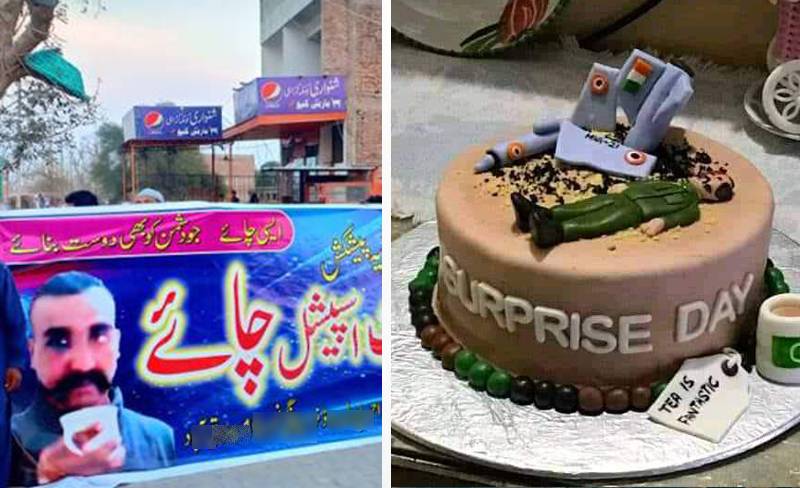 ISLAMABAD – It has been three years since Pakistan shot down two Indian jets violating its airspace however the tea is still smoking hot especially on social media as netizens did not miss the chance to troll India on #SurpriseDay.

It’s February 27, 2019, when Indian pilot Abhinandan ended up getting captured behind enemy lines for a brief time however he garnered fame and becomes a social media sensation as he commended Pakistan Army officers for offering ‘fantastic tea’.

In one of the viral clips, Abhinandan commended Pakistan Army for being a very fine professional force, and very chivalrous.

As he uttered the famous words ‘tea is fantastic’. The clip then sparked thousands of memes and jokes about Pakistan-India dog fights, cricket rivalry and whatnot.

" You shall never be able surprise us, but let me assure you, we shell surprise you, don't mess with Pakistan "

Only When You are Truly Pakistan's Tea Lover 😂 #IndianAirForce pic.twitter.com/QknzqcrUL3

Wing Commander AbhiNandan of #IndianAirForce in his #mig21 just before #SurpriseDay ..

ISLAMABAD – Pakistan is celebrating the third anniversary of Operation Swift Retort to pay homage to the valiant ...

On this day in the year 2019, the valiant fighters of PAF carried out Operation Swift Retort and shot down Indian Air Force MiG-21 and Su-30, and dropped bombs within the compounds of Indian military facilities in occupied Kashmir as a warning to the country’s belligerent neighbor.

Operation Swift Retort was a quick response to the Indian Air Force strike in Balakot that had only harmed a few trees and a wild crow.

The former pilot Wing Commander Abhinandan Varthaman was also caught by Pakistan Army after his ejection into the Pakistani side of the line of control. He was roundly beaten up by a mob of local residents where the Pakistan Army rescued him and was later handed over to India as a peace gesture.