‘Pakistan to give befitting response to any military aggression’, PM Imran says on 3rd anniversary of Operation Swift Retort 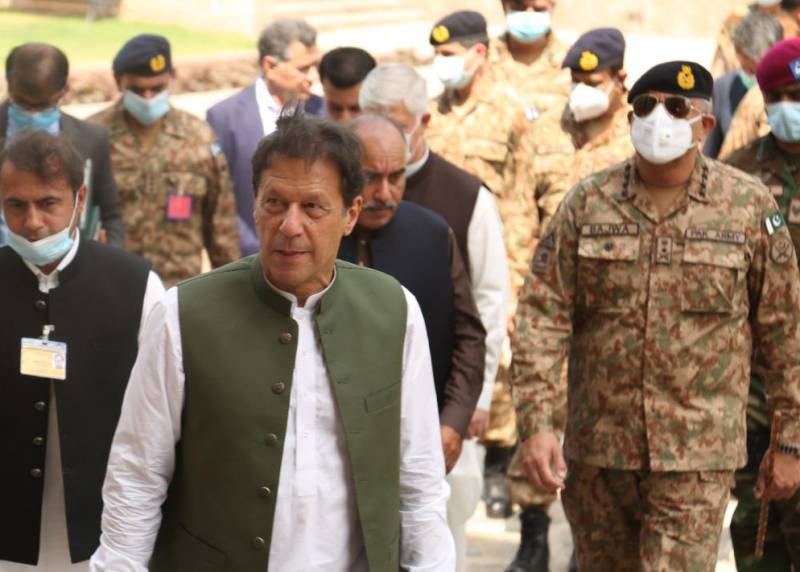 ISLAMABAD – Prime Minister Imran Khan reiterated the resolve and unwavering commitment to the security of the country and nation, saying Pakistan Army would respond to any military aggression in a befitting manner.

Taking it to Twitter, the premier said that he always believed in the resolution of conflict through dialogue and diplomacy, but it should not be taken as a sign of weakness.

I have always believed in conflict resolution through dialogue & diplomacy. That should never be taken as a sign of weakness. As we showed India on 27Feb2019, when it chose to attack us, our armed forces backed by the nation will respond to mly aggression & prevail at all levels.

The tweet added, "As we showed India on 27 Feb 2019 when it chose to attack us, our armed forces backed by the nation will respond to military aggression and prevail at all levels".

Khan made the statement as the country marked the third anniversary of Operation Swift Retort which resulted in the capture of Indian pilot Abhinandan and the destruction of two Indian jets.

Two Pakistan Air Force jets targeted two Indian aging jets in a dogfight and shot them down along the Line of Control (LoC). The retaliatory act comes after Islamabad warned India of a surprise in wake of Indian military aircraft's intrusion into Pakistani airspace.

ISLAMABAD – It has been three years since Pakistan shot down two Indian jets violating its airspace however the ...

The air skirmish came a day after the Modi-led Hindu nationalist government claimed its aircraft had launched an airstrike on a militant group inside Pakistan – a claim which was debunked by Pakistan.

ISLAMABAD – Pakistan is celebrating the third anniversary of Operation Swift Retort to pay homage to the valiant ...