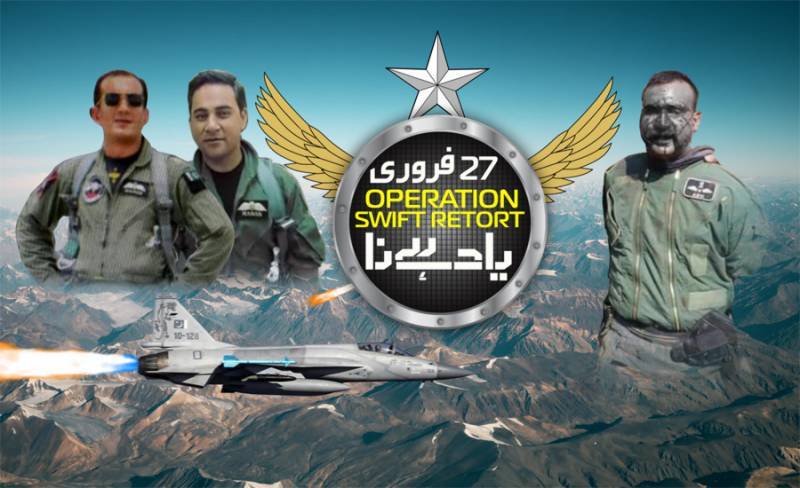 ISLAMABAD – Pakistan is celebrating the third anniversary of Operation Swift Retort to pay homage to the valiant heroes and all those involved in defending the motherland and shooting down Indian air force jets.

Achievements of the Pakistan Air Force (PAF) in shooting down two Indian fighter aircrafts, detection of Indian submarine at sea by Pak Navy and resounding response at the line of control by Pakistan Army were testament to professionalism and determination of Pakistan Armed Forces for defence of the motherland, Inter-Services Public Relations tweeted.

...by Pak Army are testament to professionalism & determination of Pakistan Armed Forces for defence of motherland. Not just weapons or numbers but resolve of a nation & operational preparedness of Armed Forces defines success in face of adversity. Pakistan Zindabad (2/2)

It also added “Not just weapons or numbers but resolve of a nation and operational preparedness of Armed Forces define success in the face of adversity. Pakistan Zindabad,” the ISPR tweeted.

IAF launched an aerial strike near Balakot, a town in Mansehra District in the Khyber Pakhtunkhwa, targeting a religious seminary that New Delhi described as a militant camp, and falsely claimed to kill hundreds of terrorists.

Later, Islamabad released a clip of the detained pilot in which he introduced himself as a wing commander, Abhinandan, of the Indian air force with his service number.

The heroes of Operation Swift Retort on this day assured the Pakistani nation that they will stand guard against the enemies, Pakistan’s territorial sovereignty is in safe hands.

On the other hand, the propaganda of Modi led government based on false narratives continued despite the obvious embarrassment for New Delhi.

India negated the failure of the February 27 attack, claiming it as an effective operation against Pakistan however the truth remains that Pakistan detained the Indian wing commander after shooting down two jets.

Meanwhile, the Indian air force is yet to recover from the humiliation at the hands of a neighboring country in the botched attempt to strike deep inside Pakistan following a false flag operation.