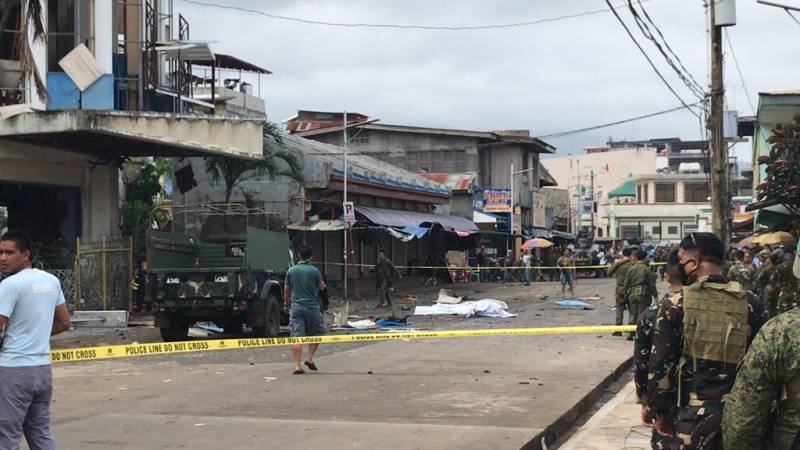 MANILA — At least 20 people were killed and more than 75 got injured after two bombs exploded outside a Roman Catholic cathedral on a southern Philippine island during a Sunday Mass.

Security officials say the first bomb went off near the Jolo cathedral during a Sunday Mass, followed by a second bomb blast outside the compound as government forces were responding to the attack.

Five troops were among the dead.

“The motive is surely terrorism. These are people who do not want peace. It is sad that this happened right after the Bangsamoro law was ratified,” Lt Col Besana said.

No one has immediately claimed responsibility for the attack. 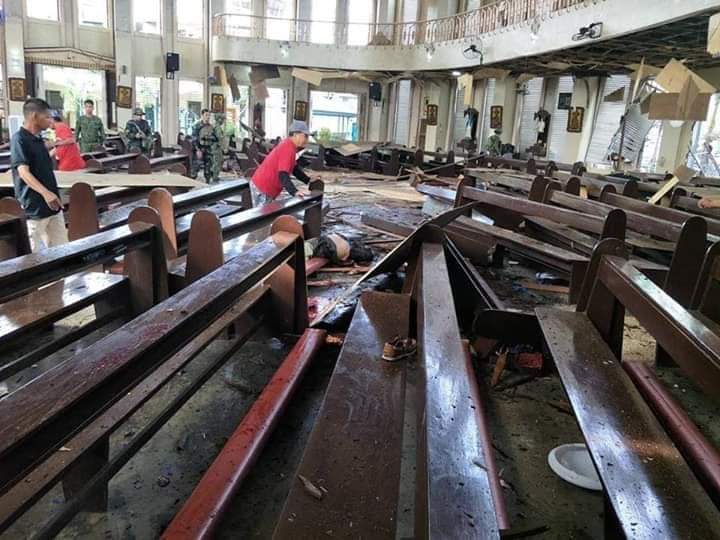 Last week, voters decisively approved a more powerful autonomous region in the Philippines’ south, which is hoped will bring peace and development after decades of fighting that have killed thousands and mired the area in poverty.

Sulu province – which includes Jolo – voted against the creation of the new region, with its governor questioning the law establishing the area before the Supreme Court.

Despite Sulu’s vote, the legislation provides that the province will still be included in the new political entity as voters from across the current autonomous region voted in favour of it on the whole.

Aside from the small but brutal Abu Sayyaf group, other militant groups in Sulu aligned with the Islamic State group, which has also carried out assaults, including ransom kidnappings and beheadings.

Government forces have pressed on sporadic offensives to crush the militants, including those in Jolo, a poverty-wracked island of more than 700,000 people. A few thousand Catholics live mostly in the capital of Jolo.