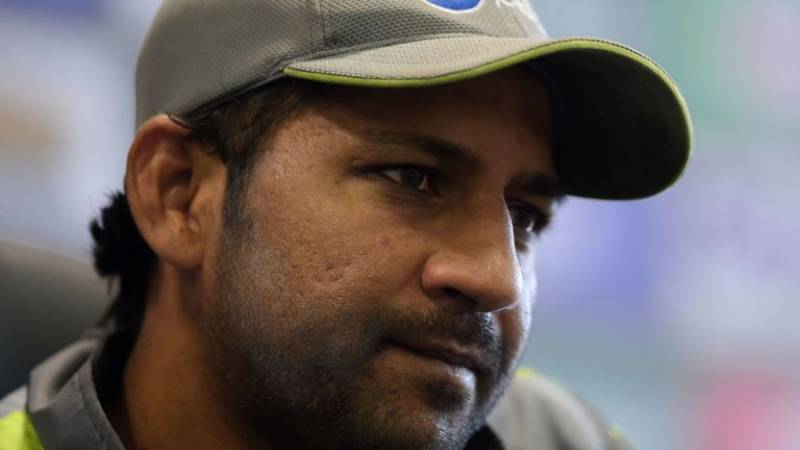 LAHORE – The Pakistan Cricket Board (PCB) has expressed disappointment at the decision of International Cricket Council (ICC) of suspension of cricket captain Sarfraz Ahmad for four matches.

"The PCB notes the ICC decision on Sarfraz Ahmed with its utmost disappointment. The PCB had anticipated that the matter had been resolved amicably between the two players and the two boards following Sarfraz Ahmed's public apologies which were accepted by the other player, the Board and South Africa cricket team," said a spokesman for the PCB here on Sunday.

"The PCB will be pursuing this matter at the ICC forums with the objective to bring reforms to the Code, promoting amicable resolutions to issues as opposed to penalties. Having said that, the PCB reiterates its zero-tolerance approach towards racist comments and behaviour," he added.

The spokesman said: "In consultation with Sarfraz, it has been decided that he will return to Pakistan immediately. Shoaib Malik will captain the team for the remaining ODIs and T20 internationals of the series, while Mohammad Rizwan has been included in the T20I side."

The world cricket body on Sunday announced that Sarfraz had accepted the charge after aiming a comment at all-rounder Andile Phehlukwayo during the second one-day international between Pakistan and South Africa in Durban on Tuesday.

The racist remarks, including the Urdu word “kaale”, meaning “black”, were picked up by a stump microphone during the match as Phehlukwayo and fellow South African Rassie van der Dussen put on a match-winning stand for the sixth wicket of 127 runs.