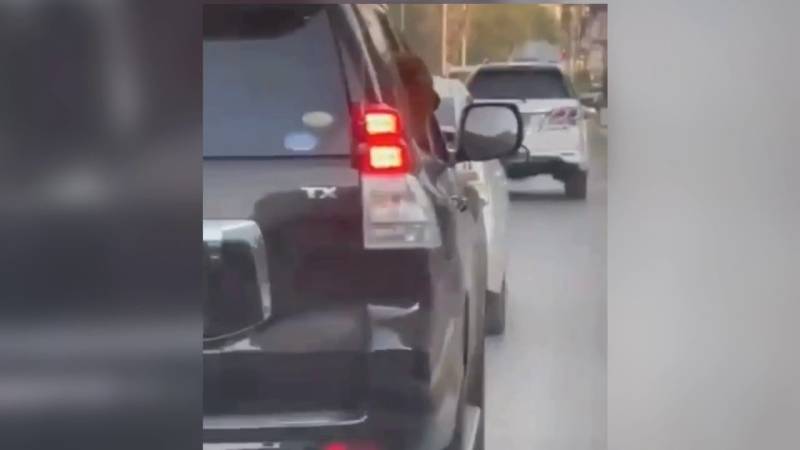 Karachi – An official vehicle owned by the Sindh Governor House was spotted with a dog on board on the roads of Karachi. This angered the Sindh minister for information, science, and technology who was passing by and he made a video of the German Shepherd enjoying the ride with the rear window open and savouring the pleasant breeze in its golden mane.

PPP's minister Taimoor Talpur shot the video and posted it on social media on Wednesday. In a telephonic interview with GNN, Talpur said he was a dog lover too, but had never taken his dog on a ride in an official car.

VIP movement for one of the pets of PTI🐕🚔#NayaPakistan#SaddakuttakuttaTaudakuttaSherro pic.twitter.com/dZr7hgaIcr

He said, “The public does not have enough to eat and here is a dog enjoying a ride in an official vehicle with police escort.” He said this practice needs to be discouraged as it is a misuse of the public exchequer.

Talpur said Bilawal Bhutto Zardari also owned dogs, but had never taken them on a joy ride with police escort.

Talk of VIP protocol ? Even the Governor’s dog is being given full protocol. This party has crossed all limits. pic.twitter.com/NWwm9EXTyh

He wrote on Twitter: "Even the Governor’s dog is being given full protocol. This party has crossed all limits."

#گورنرکی_گاڑی_میں_کتا (DoginGovernorVehicle) remained among the top Twitter trends on Wednesday.