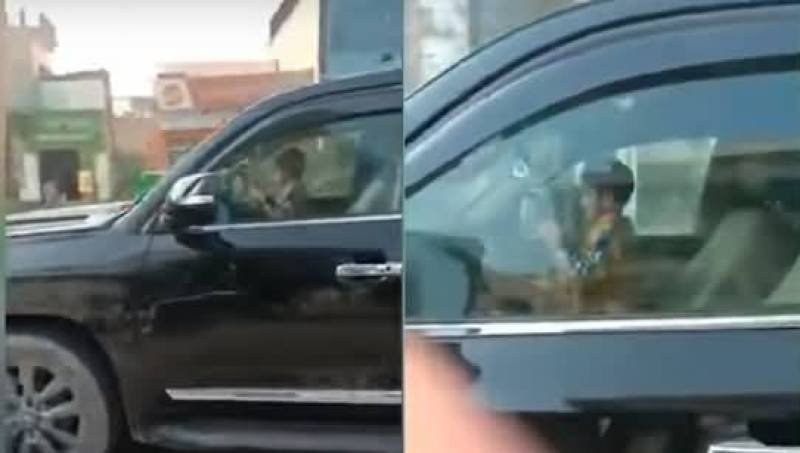 MULTAN – Police in the seventh-largest city of Pakistan are on the lookout for the minor boy who was spotted driving a black Land Cruiser in a video that has gone viral on social media.

The minor boy can be seen driving a Land Cruiser on Bosan Road, Multan’s busiest road. The child was not stopped despite the presence of a number of wardens and police checkpoints along the way.

A small kid driving Landcruiser in Multan ???? how’s his feet even touching pedals. Whose kid is this ???? pic.twitter.com/h5AXZztnYb

The underage driver can be seen standing on the floor of the car to reach peddles and to be able to see the road.

As the video starts making rounds on social media, the city traffic police said that CCTV footage is being used to identify the suspected vehicle. The authorities also affirmed that action would be taken against the owner of the vehicle for risking many lives and possible damage to property by allowing a child to drive it on a busy road.

QUETTA – A motorist narrowly escaped death at a railway crossing in Balochistan capital when he tried to cross ...