Maryam Nawaz will not attend Bakhtawar’s wedding, do you know why? 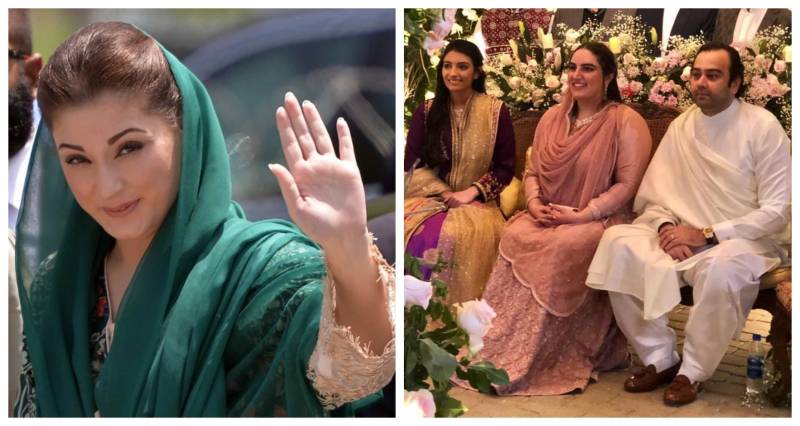 ISLAMABAD – The wedding of the Bakhtawar Bhutto has become the talk of the town where top leaders have been invited by the Bhutto family, but recently the spokesperson of the PML-N confirmed the unavailability of the vice president.

PML-N senior leader Mohammad Zubair on Tuesday said Maryam Nawaz will not be able to attend Bakhtawar’s wedding scheduled on January 30 due to other engagements.

On the other hand, the key ally of PPP and President of Pakistan Democratic Movement (PDM) Maulana Fazlur Rehman also told the media that he has not been invited to the wedding of Bakhtawar Bhutto Zardari.

During a brief media talk, he said "I have no idea who is attending the wedding; however, I have not been invited."

The pre-wedding ceremonies of the eldest daughter of former president Asif Ali Zardari and slain Benazir Bhutto, have started with a Milad function organised on Sunday at Bilawal House in Karachi.

KARACHI – Ahead of the wedding of Bakhtawar Bhutto with Mahmood Chaudhry, the Bilawal House organised a ...

The Mehndi ceremony will be held today (January 27). Details about her costume for the function and mehndi design have not been disclosed. A simple function is likely to be held due to the coronavirus pandemic.

Bakhtawar's nikah would be held on January 29, and the function of baraat would take place on 30 of this month.

KARACHI – Bakhtawar Bhutto-Zardari posts a short clip of engagement ceremony on Instagram. In the video, she can ...