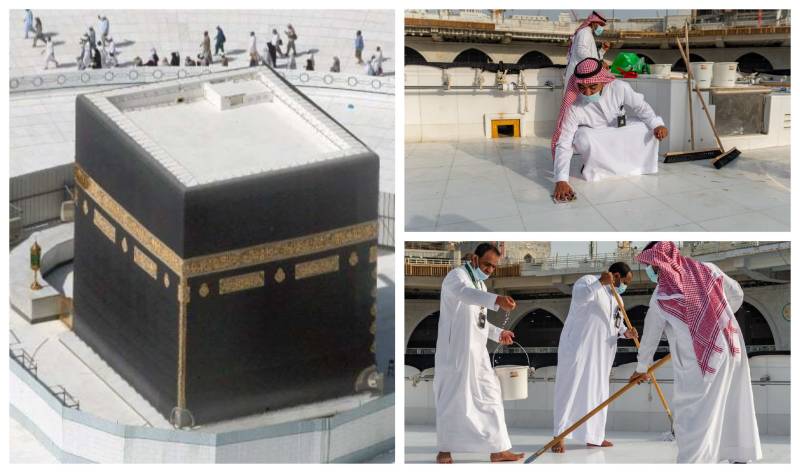 MAKKAH – A specialized team of Saudi men made a ‘new record’ of cleaning the roof of Holy Kaaba in just 40 minutes, the management of Masjid al-Haram said Tuesday.

Taking it to Twitter, Basic Presidency for the Affairs of the Grand Mosque and the Prophet’s Mosque stated that Saudi experts completed the cleaning of the roof of the Holy Kaaba in just 40 minutes, which was “a record”.

The whole cleaning is carried out in several phases; sweeping the surface of the Kaaba first, removing dust and bird droppings in the second part, then wiping the entire surface and holder of the kiswa as well as the surrounding wall along with the door to the roof of the Kaaba from outside with wet towels. Then everything is sprayed with water and wiped again, following the drying process in the final phase. 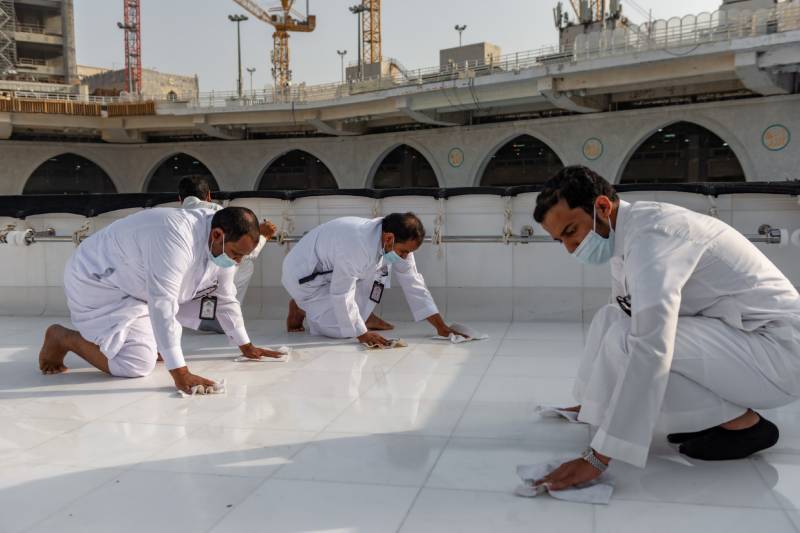 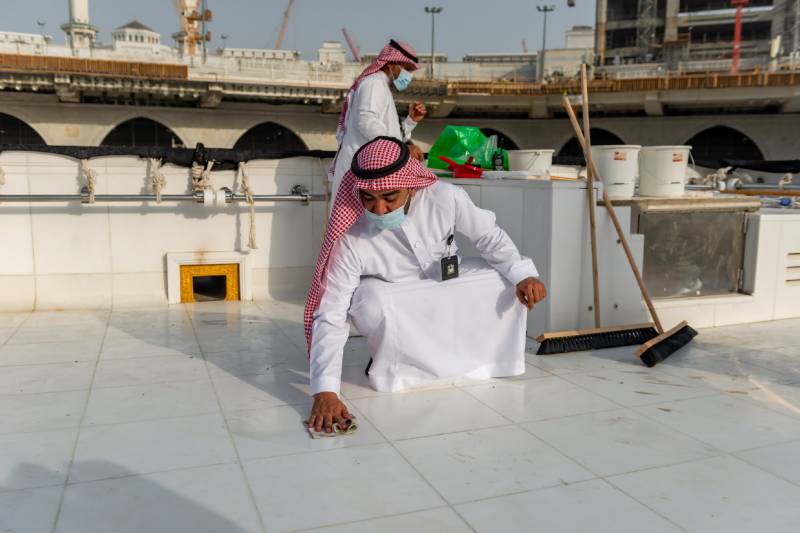 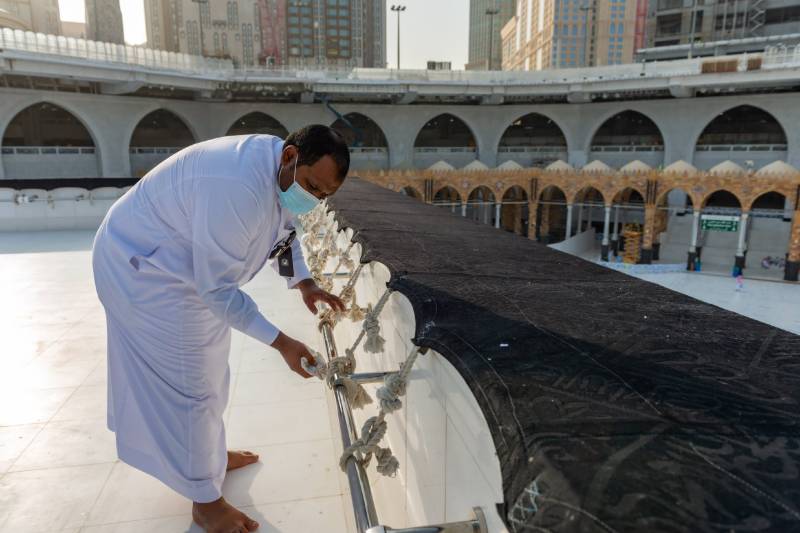 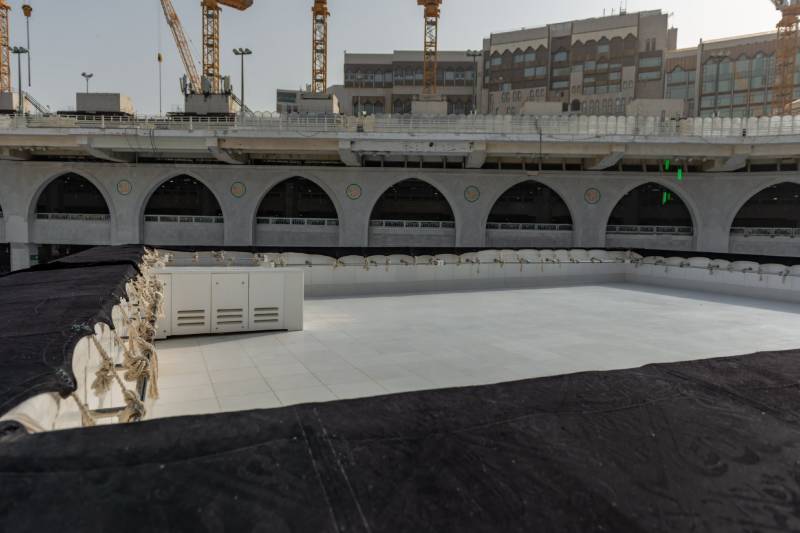 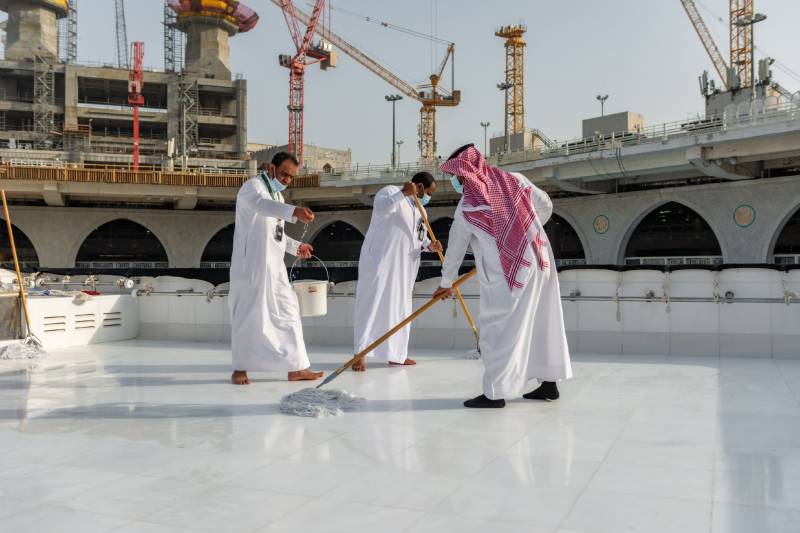