Fulcrum of Eurasia: Why Pakistan Needs a Policy Road Map for Eurasian Super-continent 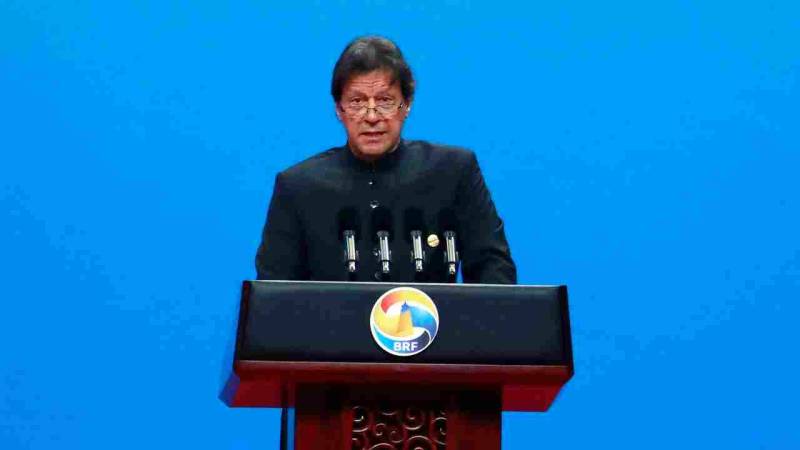 Profound transformations have taken place on the face of the planet in the initial two decades of 21st Century so far. As is well-known in the concerned circles, one such grand transformation is that Eurasia – the landmass encompassing Europe and Asia together – is seen as an increasingly-integrated whole on the map of the world.

This is primarily so in economic terms but one can see ways being paved for a resultant emergence of a politically and strategically integrated Eurasian Super-continent, as well.

What happens on the vast Eurasian landmass has relevance and implications for the rest of the world. In the words of Bruno Macaes, former Portuguese Foreign Minister, this happening transformation signals the ‘Dawn of Eurasia’. He has penned a book with the same title that came out in 2018. Besides, in the international academic discourse, the adage ‘Asian Century’ has already given way to a more convincing one, i.e., ‘Eurasian Century.’

Noted British historian John Keay labelled the Gilgit region as ‘Fulcrum of Asia’, in context of the ‘Great Game.’ I am convinced to say that with the advent of China-Pakistan Economic Corridor (CPEC) – the flagship component of China’s Belt and Road Initiative (BRI) – Pakistan, the entire territory of the country, is now undoubtedly becoming the new ‘Fulcrum of Eurasia.’

Seen together with China’s Xinjiang, this position is manifested further, considering the linkage between ‘the Belt’ and the ‘the Road’ part of BRI. It is the territory of Pakistan that provides that land linkage between the Silk Road Economic Belt in the north to the Maritime Silk Road in the south, though CPEC is surely much more than merely a north-south passage.

Pakistan is not only geographically a part of the emerging Eurasian Super-continent, but also assumes an undeniably pivotal position vis-à-vis inter- and intra-regional linkages on this largest continuous landmass of the world. It is not without reason that international experts are noting Pakistan’s significance as the ‘Zipper’ of Pan-Eurasian integration.

The developments taking place in Eurasia are complex and multifaceted, demanding a deeper understanding for all, particularly so for the concerned circles of a country such as Pakistan. Pakistan needs a compact, comprehensive and futuristic policy road map for Eurasia, in this background.

China and Russia and their respective as well as some joint moves are shaping the current and future economic, political and strategic landscape of the super-continent. Particularly, Beijing’s BRI, as mentioned above, is bringing about an unprecedented, paradigm-shifting connectivity and development throughout Eurasia.

Pakistan, considering its solid relationship with China and more importantly being one of the most notable partners in BRI, through CPEC, is positioned to transform this bilateral closeness with China into a broad-based continental outreach.

It is good to note that Islamabad’s relationship with Moscow has also witnessed an upward movement, in recent few years and both sides have expressed willingness to forge a closer partnership in strategic as well as economic spheres. It is now time for policy-planers and beyond that all stakeholders to use the connectivity being built through CPEC for building sustainable linkages beyond China, with Russia, Central Asian Republics (CARs) and even countries such as Belarus and Mongolia.

The time demands that Pakistan’s relevant institutions and stakeholders study in detail the economic and commercial potential of avenues being opened through CPEC and BRI and move quickly to turn this potential into on-the-ground cooperation. The transit potential of CPEC, in particular, needs to be highlighted so that countries of Central Eurasia can benefit from this to optimum mutual advantage.

Notwithstanding that CPEC infrastructure has become the strongest avenue for Pakistan to become the Fulcrum of Eurasia; Pakistan’s position as the Fulcrum of this emerging super-continent is surely not all about CPEC.

Let us not forget that Pakistan is, now – along with India – also a member of Shanghai Cooperation Organization (SCO).

SCO, led primarily by China and Russia, is also working on a number of initiatives to enhance connectivity and cooperation on Eurasian landmass. Further expansion in SCO – in terms of membership and scope of cooperation – would surely open newer vistas for Pakistan in years ahead.

On the other hand, Russia’s Eurasian Economic Union (EEU) is also manifesting itself as an upcoming grouping on the super-continent. The single market envisaged by the current five members of EEU – Russia, Belarus, Kazakhstan, Kyrgyzstan and Armenia – would mean uniform tariff and international trade policies that Pakistani relevant institutions need to look into, in depth.

Beyond Central Eurasia, Pakistan’s position as the Fulcrum of Eurasia can be manifested even stronger by strengthening already existing and developing new connectivity within the members of Economic Cooperation Organization (ECO), particularly Pakistan-Iran and Pakistan-Afghanistan linkages. Turkey, also remains an important player in Eurasia and this significance is increasing. Intra-ECO linkages and cooperation have waited rather too long to materialize; these need to be expedited and Pakistan should take lead here.

Let us not forget that the talk of ‘CPEC Plus’ is already here, and Pakistan and China have also established a Joint Working Group to discuss the participation of third parties in the Corridor. This author believes and has highlighted it a number of times that CPEC essentially is a ‘Greater Eurasian Corridor’; we can also call it ‘East Asia-Middle East Corridor’ and ‘East Asia-Gulf Corridor.’ Three out of five Central Asian nations are also linked to Pakistan through CPEC; so, it is ‘Central Asia-South Asia Corridor’ as well. Once completed (talking about its road infrastructure from Kashgar to Gwadar), the corridor will surely be serving these purposes.

And last but not the least, Pakistan’s role for a peaceful and secure region is now being acknowledged more and more. As peace and stability return to Afghanistan in years ahead, hopefully, that would mean further strengthening of Pakistan’s position as the Fulcrum of Asia. Yes, the tense nature of Pak-India ties pulls back the forward movement, quite often. But sooner or later both Islamabad and New Delhi will also find ways to get out of this quagmire,  leaving this trajectory behind for mutual as well as greater regional benefit.

Pakistan’s position as the Fulcrum of Asia will doubtlessly be cemented in near future, and for a long time to come.

The author is also writing a book with the same title – Fulcrum of Eurasia.