Goat ‘arrested’ in India for not wearing mask amid Covid-19 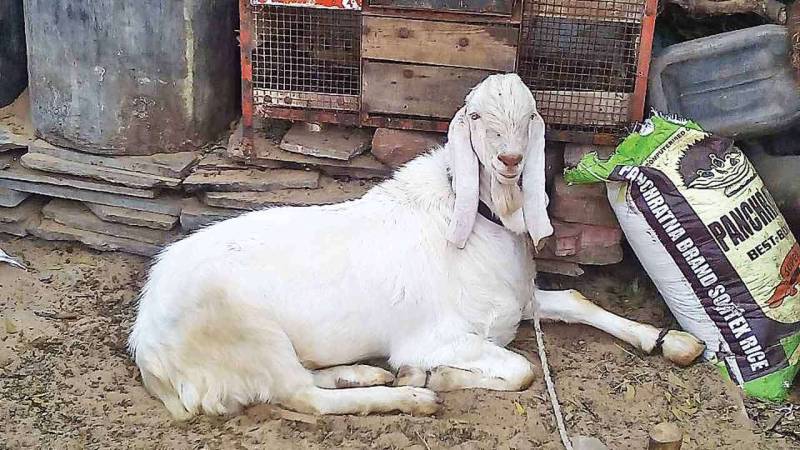 KANPUR – Indian police ‘arrested’ a goat for not wearing a mast while roaming in an area of Kanpur.

Indian media reports said that the bizarre incident happened over the weekend in Beconganj area when the cops nabbed it and took it to the police station.

When the owner of the goat learnt about the arrest of it, he rushed to the police station where the goat was handed him back over his request.

The police have also warned him not to allow the animal to roam on the road.

The circle officer of Anwarganj police station however said that goat was taken into custody after his owner fled abandoning it after police found him without face mask.

One of the policemen who had brought the goat admitted that they found a lockdown violation because the goat was without a mask, according to DNA India news.