Three electrocuted to death after heavy rains in Karachi 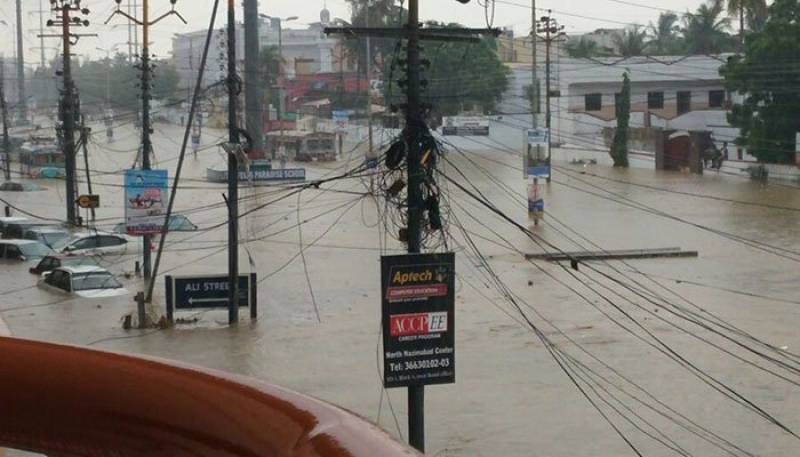 Karachi: At least three people died on Monday after heavy rains turned different localities and roads into pool, exposing preparedness of the government to tackle untoward situation in monsoon.

Residents of low-lying areas were forced to leave their houses after the rainwater entered their houses due to chocked sewerage system.

Two labourers were electrocuted in Mochko area when they were trying to install a suction motor to remove rainwater.

In another incident, a 45-year-old man was electrocuted in Orangi Town's Sector 11-1/2 while trying to turn on a motor, local media reported.