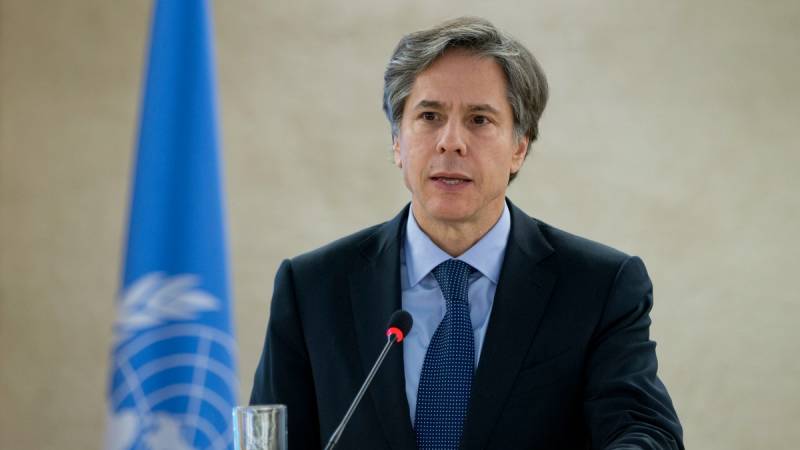 US Secretary of State Antony Blinken is visiting India on Tuesday where he will take up the issue of grave human rights violations in the country during his meetings with Indian Prime Minister and other cabinet members.

The agenda of Antony Blinken's visit to India was shared by US state department spokesman Ned Price during a media briefing in Washington regarding the visit.

Meanwhile, US based rights body, the Human Rights Watch, has deplored the state of human rights in Indian illegally occupied Jammu and Kashmir.

In its annual review of human rights practices around the globe, the watchdog cited ordeal of hundreds of Kashmiris who are facing detentions without charge under the draconian Public Safety Act.

The report said the Armed Forces (Special Powers) Act continued to provide immunity from prosecution to Indian security forces, even for most serious human rights abuses.

It also criticized the Indian government's new media policy in Jammu and Kashmir that contained vague provisions to abuse and unnecessarily penalize the freedom of speech.

The report also pointed out to the huge financial loss to the territory due to the lockdown.

On the other hand, a complete shutdown is being observed today (Tuesday) in protest against the visit by Indian President Ram Nath Kovind to the territory.

According to Kashmir Media Service, the APHC spokesman said that the Indian president as supreme commander of Indian armed forces, involved in massacring Kashmiri youth with impunity, is on a military mission to hobnob with the forces’ personnel and discuss ways and means on how to intensify brutalities in the territory.

The spokesman urged the United Nations Council for Human Rights and other global human rights organizations to prevent India from committing genocide of Kashmiris and play their role in resolving the Kashmir dispute in accordance with the UN Security Council resolutions.