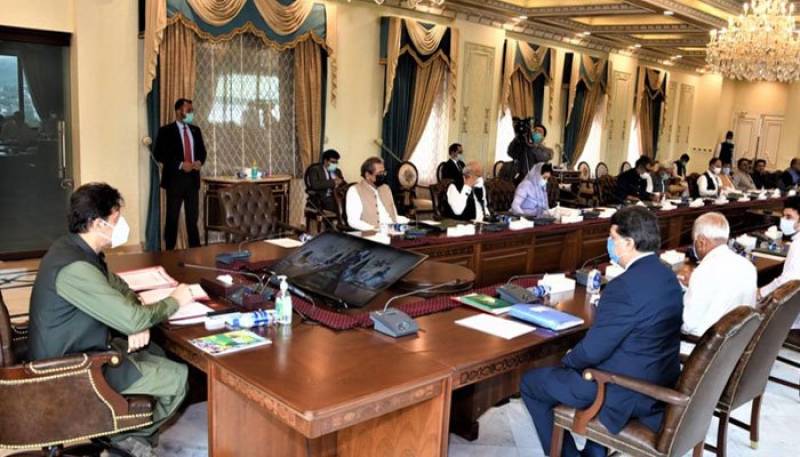 Minister for Information and Broadcasting Chaudhry Fawad Hussain announced it during a press briefing about decisions taken be the federal cabinet in a meeting chaired by Prime Minister Imran Khan.

He said that the policy has been introduced keeping in view the growing significance of cyber regime.

He said approval was also given to dual nationality of Pakistan with Czech Republic.

The information minister said that a new policy for foreign investment in the country has also been approved. The policy aims at providing security to international investors and reducing international litigation against Pakistan's bilateral agreements.

The minister said that a comprehensive report regarding use of excessive protocol was also presented in the cabinet.

According to the report, federal government is availing minimum protocol facilities while judiciary is using maximum in terms of total expense.

The cabinet, he said, has decided to form threat assessment committees in the provinces where PTI is in power. These committees will decide the level of protocol for retired officers, government officials and judiciary after assessing the level of threat to them.

The cabinet also gave approval to government's Advertisement Policy 2021. Under the policy, advertisements will be made digital while ensuring transparency.

ISLAMABAD – The National Information Technology Board (NITB) on Friday asked people to not share any personal, ...