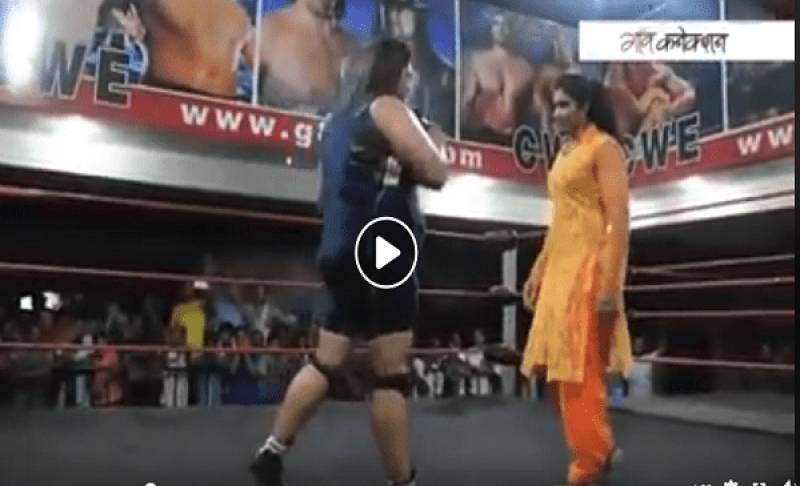 NEW DELHI - A  freestyle viral wrestling video was linked to a Pakistani female wrestler who was seen challenging the audience to fight her following which an Indian accepted the challenge and triumphed her.

The video which dates back to 2016 is now being uploaded with a caption that an Indian wrestler, clad in saffron colour salwar kameez, hammered the women in Black - believed to be of Pakistani origin.

The social media users in India are excitedly making the short clip go viral, in a bid to show themselves enjoying an upper hand over their arch-rivals, Pakistan.

However, the women rumoured to be of Pakistani descent, has nothing to do with the Muslim-majority state, it has emerged.

In fact, the Indian fighter has been identified as Kavita Devi who is a Mixed Martial Arts (MMA) fighter and former powerlifter from Haryana. She recently created history when she became the first female Indian wrestler to feature in the WWE.

On the other hand, the lady regarding which some Indian users tried to establish a link with Pakistan is BB Bull Bull, India’s professional wrestler.