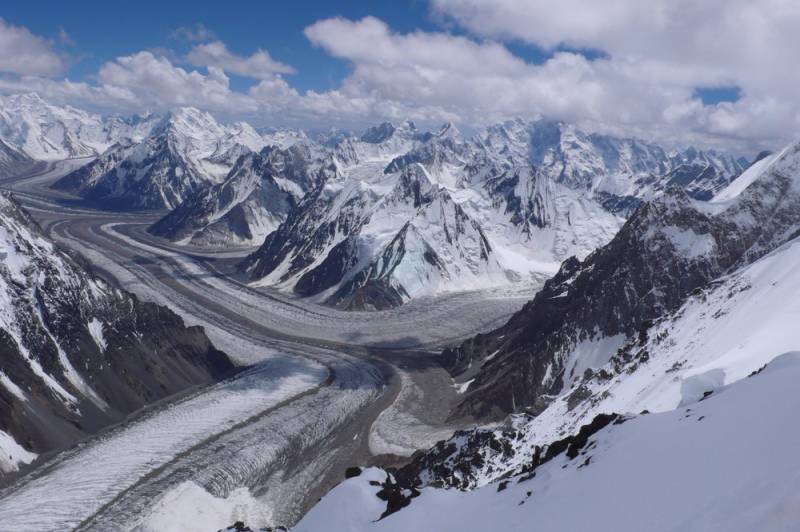 ISLAMABAD - The risk for a heavy glacial lake outburst flooding, reenacting the disaster occurred earlier at Attabad has been mitigated as supra-glacial Lake formed at the Shipper Glacier has completely discharged.

The Shipper Glacier had receded after heavy water flow below the surging glacier and had reduced the risk for glacial flooding in the region.

He said if the retaining walls were not built around the to-be-affected vicinity then over a dozen households were to get affected through the flooding.

The GBDMA official mentioned that aerial visit of the glacial lake behind the Glacier had further clarified the situation and revealed that the heavy water discharge from June 22 to June 23 in Hassanabad Nullah (watercourse) helped mitigate the risk and brought the accumulated glacial lake water down to negligible ratio.

He said, “It is a good sign and has overcome the possibility of abrupt glacial lake outburst that might have caused serious disaster in the area. The heavy water flow has partially caused damage to 50 feet (ft) to 100ft part of the Karakoram Highway (KKH).”

“The teams of GBDMA and Frontier Works Organization (FWO) with their heavy machinery and staff has restored the damaged portion of KKH and resumed the road for all kinds of traffic,” he added.

To a question, he said, “The regular monitoring of the Glacier is continued by GBDMA as there are possibilities of glacial lake outburst flooding as water flow is going on and if it stops then it will indicate that glacial lake is forming. So, in order to amicably address the developing situation time to time observation of the glacier will be maintained.”

The official said that Pakistan Army and Air Force helicopters managed the aerial visit of the glacial lake where Director General GBDMA, Assistant Commissioner Hunza and other senior officials were taken aboard.