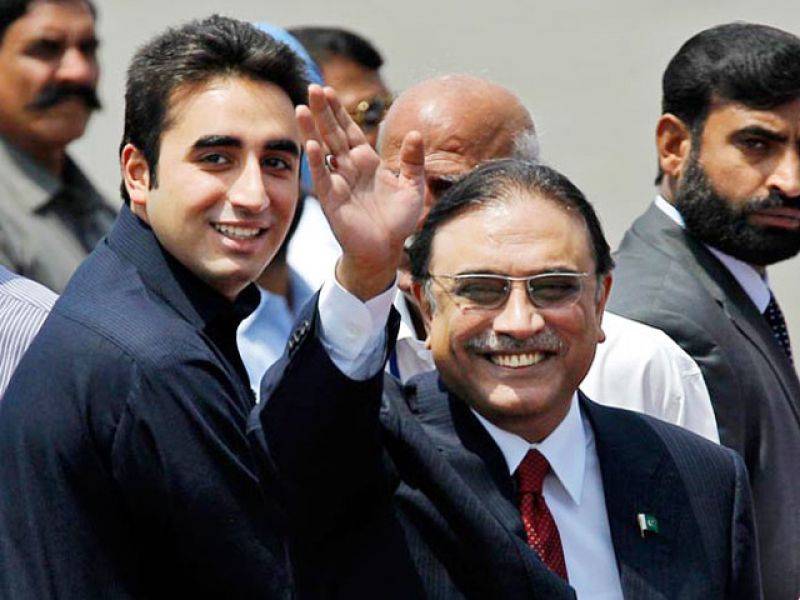 LAHORE - Former president Asif Ali Zardari said on Sunday that his party would not allow the ruling PML-N to steal the upcoming elections in connivance with returning officers.

'We are fully prepared for 2018 elections as my son, daughters and I are in the political arena. In 2013, our hands were tied (a reference to threats to PPP rallies in Punjab by the militants), but now we will tell them (Sharifs) how to contest elections' said Zardari.

Addressing a jubilant crowd of party workers at the residence of Nadeem Afzal Chan in Lahore, he expressed that he would enlist the help of other political forces in a bid to thwart rigging.

'PPP was never defeated. In the last election, it was defeated by ROs. To ensure transparent and rigging-free elections in 2018 we will contact other parties,' Mr Zardari said, adding that now the PPP would tell how an election is contested.

Asif Zardari, who is currently in the country after spending over one and a half years in self-exile maintained that the provincial capital would welcome him in much the same manner as it welcomed Benazir Bhutto when roads were choked as party workers swarmed to catch a glimpse of their leader.

A delegation of Lahore Chamber of Commerce and Industry also called on PPP co-chairman and exchanged views regarding the current economic condition of the country.

Mr Zardari said foreign loans had been taken on exorbitant rate which was not good for the country’s economy, adding that both traders and farmers were suffering because of wrong policies of the PML-N government.

“The benefits of lower oil prices are not being passed on to the people. PPP will come to power again and open more trade avenues with China,” he said.