Luxury on pilgrimage: Makkah soon to have world's largest hotel with 10,000 rooms 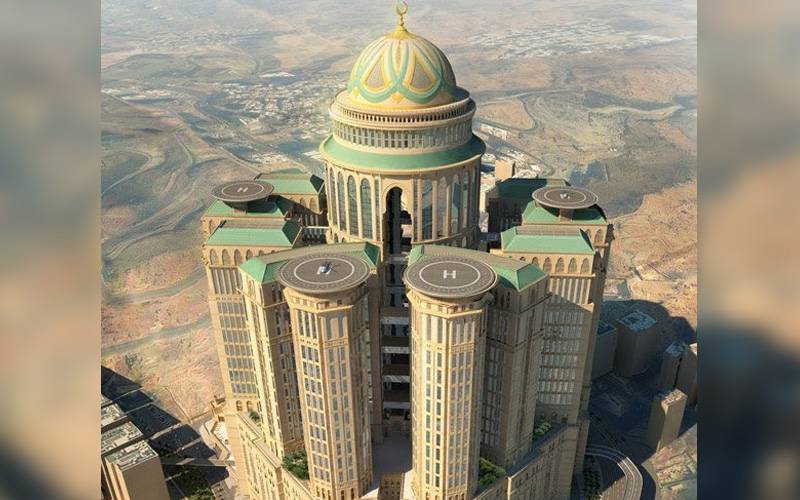 LAHORE (Staff Report) - The world’s largest hotel, the Abraj Kudai, will be inaugurated in Central Makkah in 2017, at a total cost of $3.5 billion.

The 686,000 square foot Abraj Kudai will be located around the corner from the Masjid al-Haram and have 10,000 rooms and suites.

The hotel will have 70 restaurants, a mall, a convention center, prayer areas, and dedicated floors for royals.

Design firm Dar Al-Handasah also revealed that the hotel will have 12 towers, 10 of which will provide four-star accommodation and two of which will have five-star facilities. For guests arriving choppers, helipads will also be built on top.

Presently MGM Grand Hotel, Las Vegas tops the list for being the biggest hotel with 6198 rooms followed by First World Hotel, Malaysia with 6,118 rooms and Luxor Hotel in Las Vegas with 4,400 rooms.