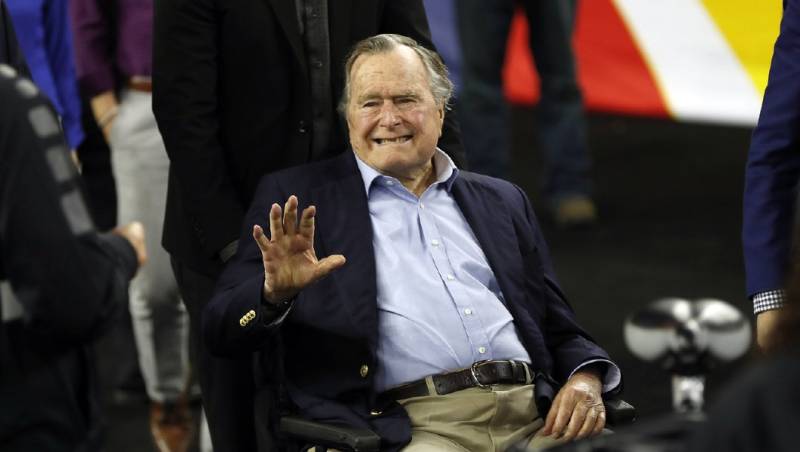 WASHINGTON - Former US President George HW Bush made another milestone recently as he became the longest living president in history at the age of 93 years and 166 days.

Bush senior, who became the 41st president of US exceeded Gerald Ford who died in December 2006 at 93 years and 165 days of age.

The milestone comes as Bush faces a series of sexual harassment allegations as eight women have come forward in the past month alleging that he had groped them at various events dating back to the 1992 presidential campaign.

Bush’s spokesman Jim McGrath responded to the first of these allegations by explaining that the president is wheelchair-bound and makes a joke to put people at ease because his arm cannot reach higher than the lower waist of the people with whom he is posing for photographs.