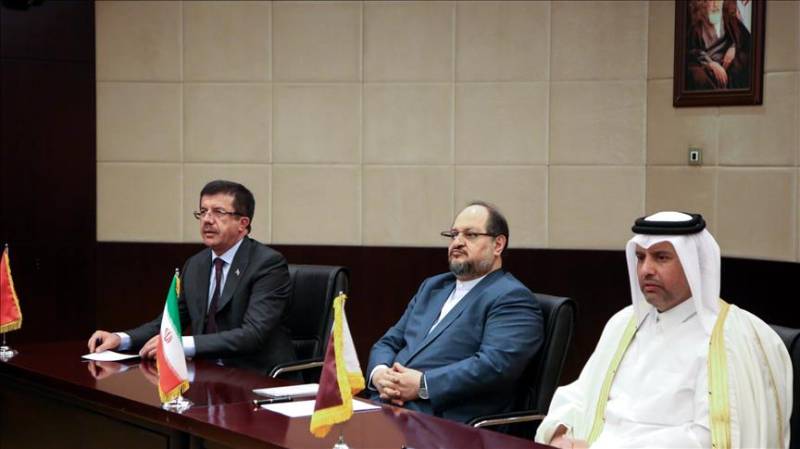 TEHRAN - Iran and Turkey on Sunday signed a memorandum of understanding (MoU) with Qatar accelerating trade with the Gulf state, which is facing Saudi-led blockade by Arab countries, reported International media.

The trilateral agreement would facilitate the process of the transiting goods among the three countries, by removing impediments put to economically isolate Doha, Iranian media said.

Iran and Turkey, whose relations with Turkey improved since the Arab countries cut ties with Doha, want to save Qatar from Isolation.

the Kingdom had decided to break relations with Qatar "proceeding from the exercise of its sovereign right guaranteed by international law and the protection of national security from the dangers of terrorism and extremism".