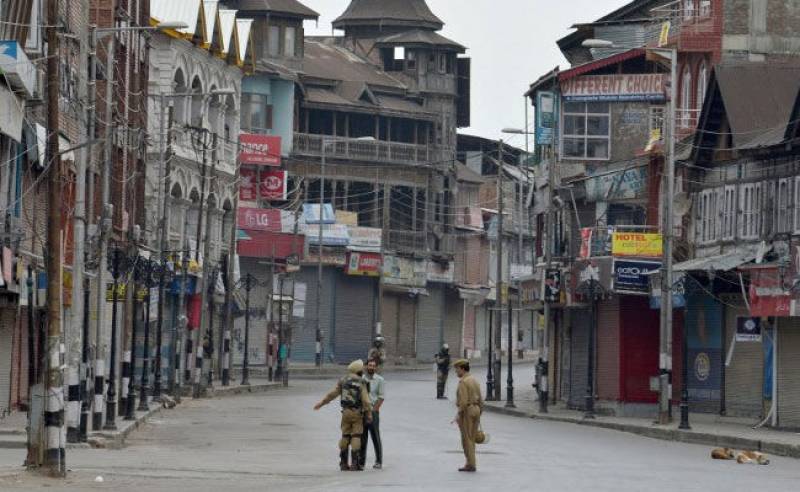 MIRPUR - People of Indian occupied Kashmir are observing black day today against Indian occupation of Jammu & Kashmir state since 70 years from this day of October 27, 1947.

October 27, 1947 is remembered as the day when India forcibly took over the land of Kashmir.Kashmir is a long-standing dispute between Pakistan and India, which originated when the people of Jammu and Kashmir were denied the right of self-determination in 1947.

It is for this reason that Kashmiris and supporters of Kashmir commemorate this day every year as a Black Day.

Black flags will be hoisted atop the buildings at both sides of the LoC; Azad Jammu Kashmir and the Indian occupied Jammu Kashmir besides the wearing of black bands around the arms by the participants of the scheduled protest rallies.

Protest rallies and processions besides public congregations will be the hallmark of the black day in all small and major towns in Jammu & Kashmir state.

The President of Azad Jammu and Kashmir Sardar Muhammad Masood Khan and Prime Minister Raja Farooq Haider Khan in their separate messages termed October 27 the darkest day for Kashmiri people in their history when Indian occupational regime dropped its troops at Srinagar 69 years ago in 1947.