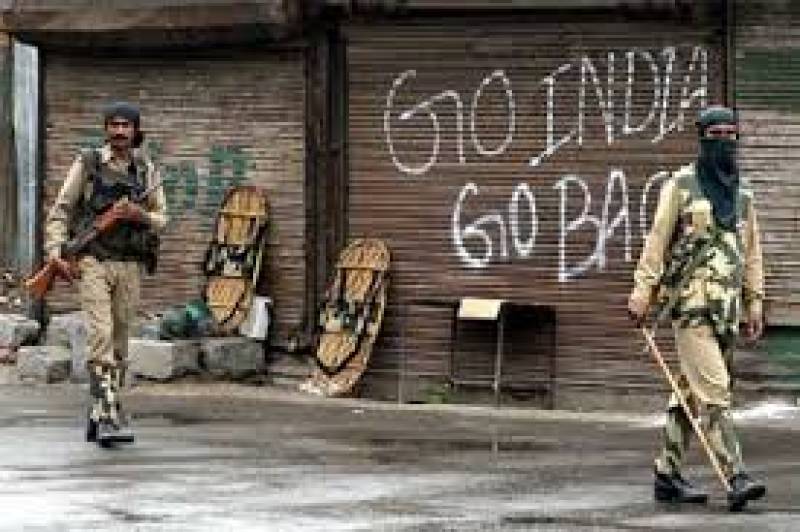 NEW DELHI – As Kashmiris around the globe observing black day against illegal Indian occupation, New Delhi on Tuesday made another attempt to violate the rights of people in occupied Jammu and Kashmir, and Ladkh by notifying new laws that allow any non-residents to buy land in the occupied territory.

Indian media reported that, the Ministry of House Affairs has notified the laws called as UT of Jammu and Kashmir Reorganisation (Adaptation of Central Laws) Third Order, 2020. For this move, the Indian government revoked or changed 26 state laws.

The new law has omitted the phrase “permanent resident of the state” from Section 17 of the occupied Jammu and Kashmir Development Act.

Before revocation of Article 370 and Article 35-A in August last year by the hardcore BJP government, no any outsider has right to buy any immovable property in the occupied J&K.

But the latest change has ended the restrictions, opening floodgates for outsiders to buy the property.

Following the deplorable August move, Indian has put Jammu and Kahsmir under siege by increasing troops in the region.

The fresh changes comes after the occupied country in May 2020 approved the 'Jammu and Kashmir Reorganisation Order 2020' to settle non-Kashmiris in occupied territory by changing the domicile laws.

The MHA notification regarding buying of properties will come into force with immediate effect.

A strong condemnation is pouring in against the Indian move with former chief minister of the occupied region, Omar Abdullah, terming it unacceptable.

"Unacceptable amendments to the land ownership laws of J&K. Even the tokenism of domicile has been done away with when purchasing non-agricultural land & transfer of agricultural land has been made easier. J&K is now up for sale & the poorer small land holding owners will suffer," Omar Abdullah said in a tweet.

From Pakistan, Chairman Kashmir Committee of the Parliament Shehryar Afridi has termed allowing sale and purchase of Kashmiri lands to people from India as terming it an act aimed at consolidating Indian occupation of Jammu & Kashmir and ethnic cleansing of indigenous Kashmiris.

Addressing a seminar in Islamabad on Monday, he strongly condemned another black law introduced by Modi regime aimed at further capturing Kashmiri lands.

Kashmiris on both sides of the Line of Control (LoC) and the world over are observing Black Day today (Tuesday), to protest the illegal Indian occupation of their motherland, against their aspirations and to highlight brutalities they are suffering by the hands of Indian occupational forces.

The Indian army had invaded the state of Jammu and Kashmir on this day in 1947, in an attempt to subjugate the Kashmiri people, since then Kashmiris are struggling for their right to self-determination.