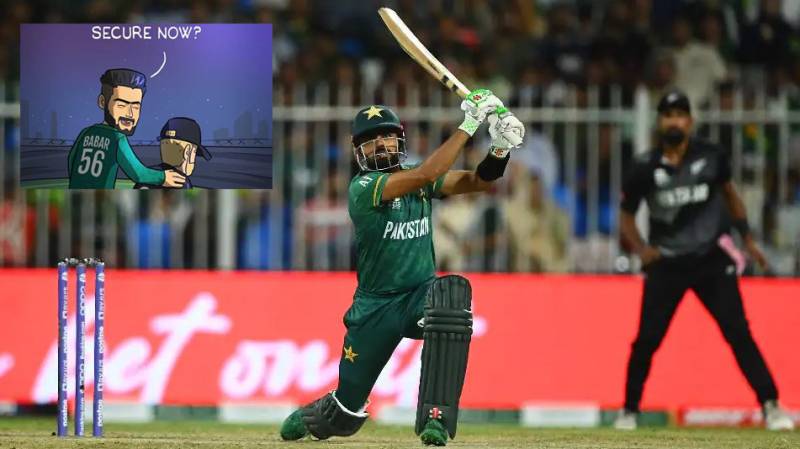 LAHORE – Pakistan finally got the chance to avenge the abandoned series in the best way possible after Men in Green beat the Black Caps on the field.

Excited fans, which were earlier left furious, waited in much anticipation for the clash at the cricket carnival. ‘Security security’, and ‘Security issue resolved’ were all over the internet as ecstatic fans flocked to social media where they shared hilarious memes to mock Kiwis.

All of the social platforms were lit up with rib-tickling memes with Pakistan supporters making cheeky references to the issue of ‘security’, with the word becoming one of the top trends on the microblogging platform.

Babar-led squad overcame a mid-innings wobble as they chased down 135 to beat Kiwis by five wickets and make it two wins at the mega cricket event.

KPK Minister Shahram Khan Tarakai among others shared memes in context with yesterdays’ fixture. Check some of the reactions:

I hope the Security issue has been resolved now. Team NZ, anything else? We can clear that too. Proud of you, team green. We surely know how to win. #security #PakvsNz pic.twitter.com/FOgEKpMtao

#PakvsNz if facing your worst nightmare had a face it’s Newzealand vs Pakistan aka(security threat) pic.twitter.com/33kFAbltkQ

The vent of Pakistani fans derived after the Kiwis traveled to South Asian country in September and later withdrew from the historic tour on concerns over the team’s ‘security’.

The event handed a massive blow to Pakistan Cricket as PCB put all their efforts to bring Cricket back to the country.