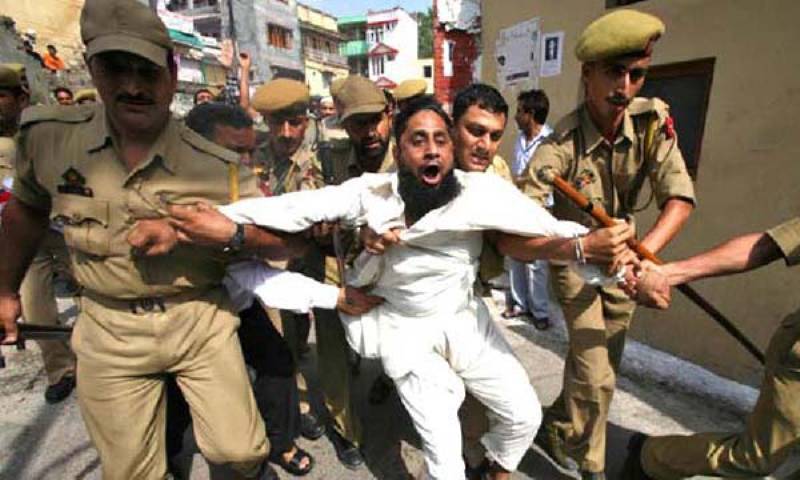 SRINAGAR - Indian forces in their massive drive, in occupied Kashmir, arrested over 6000 people including Hurriyet leaders, activists, young boys and women across the territory.

Over 400 of them were booked under black law Public Safety Act.

For the past six weeks, the Indian paramilitary forces and police personnel assisted by Indian army started night raids in different parts of Kashmir and arrested about 6000 people, Kashmir Media Service reported.

“There are above 2200 FIRs registered and above 5600 people are involved in these FIRs,” Director General Police, Coordination, S P Vaid told media men in Srinagar.

Residents of almost all areas of Kashmir say that joint Indian troops and paramilitary forces raid their residential houses during the night, barge into houses, break windows and doors, and pick up any youngster in the house they get hold of.

Most of the arrests of have been carried out in Srinagar, Budgam, Chadoora, Ganderbal, Kangan, Islamabad,Bijbehra, Tral, Pulwama, Awantipora, Kulgam, Shopian, Baramulla, Kupwara, Bandipora, Sopore, Handwara, Pattan and other areas.

The official said that about 3000 arrested persons have been bailed out by the courts. “Some are in custody and some are facing different charges and are still in police custody,” he added.