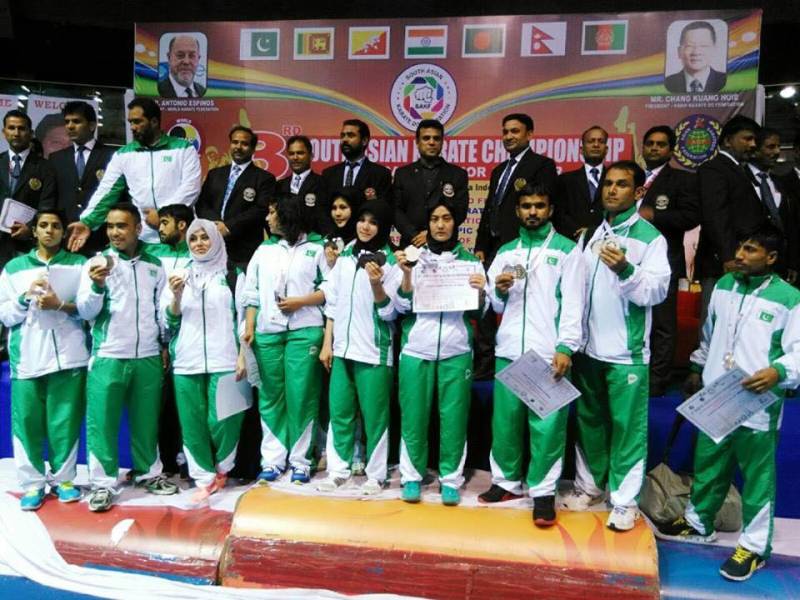 “This time PKF applied for visas of 14 male players and 12 female players but Indian Embassy issue visas to only 6 male & 6 female players. Despite being in half of strength in number, our Team performed excellent and bagged 19 medals. Pakistan Stood second in male event and 4th in female events,” he asserted.

Pakistan Stood second in male event and 4th in female events,” he asserted.

He said on the side lines of the championship, the Asian Karate Federation also organized Asian Referee/Coaches Course & Examination on this occasion.

“Two Pakistani referees Khalid Noor & Uzma Asghar qualified in the referee course and Baber Iqbal qualified in the coaches course, PKF applied for visa of 21 referee/Judges and coaches, but Indian Embassy issued visas to only 3 referees,” he added.