Pakistani journalist suing US for killing his son, brother in drone attack 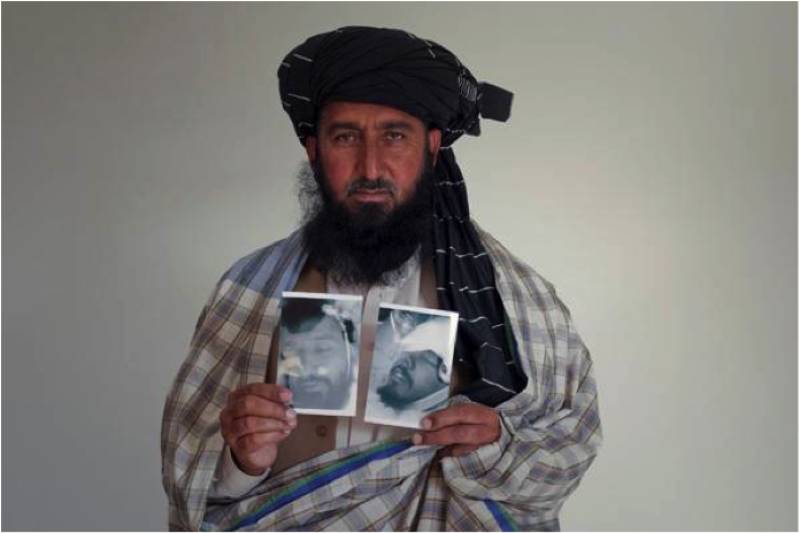 ISLAMABAD - A Pakistani journalist has sued the United States government in Pakistani courts alleging that the Central Intelligence Agency (CIA) had killed his brother and a son in a drone strike in the tribal region of the country in 2009.

According to Karim Khan, his brother and the son were innocent and had no terror links at all. His brother Asif Iqbal had Masters degree in Modern Languages and was a teacher at a local school. The 16-year-old son, Zahinullah, was a student of grade 10.

In an interview with Al Jazeera, Khan vowed to pursue the case against the CIA and the US government. "We would show their tyrannous face to the whole world...that's all. They cannot bring back my brother or my son...but I will fight against them as far as I can," he said.

Since 2004, the Central Intelligence Agency has conducted over 400 drone attacks in Pakistan, killing about 3,000 people. The London-based Bureau of Investigative Journalism claims that at least 966 civilians, including 207 children are also among those killed by the drones.

Karim Khan has a similar opinion that dozens of the civilians have been targeted by US drone during the last decade. He said: "They tell the whole world that they are killing terrorists in drone strikes, but in fact, they are killing innocent people."

He went on to say that such operations of the US and any continuation of CIA's drone operation would produce more terrorists.

"I come to your house, and kill you or you brother and sister...or your innocent children, what would be in your heart for me? Won't there be hate in your heart?" he said.

Fighting a legal battle against drone attacks is also not easy as Shehzab Akbar, the legal counsel of Karim Khan, said that it took them six years to just register a case in Pakistan.

He said the CIA's drone attacks in Pakistan are completely illegal, however, the case was not being registered by the officials.

"It took six years to have this case registered on a court order that they have committed a crime and this should be investigated," he added.

He also pointed out the negligence of Pakistani government saying: "It's the government of Pakistan which is not really doing the job or the US which is shying away from their responsibilities."

The White House claims that CIA's drones target only potential combatants in all regions, including Pakistan's tribal areas. President Barack Obama also issued a directive to the CIA to take extensive measures and analysis before designated a drone attack.

Earlier this month, in an unprecedented move, the Obama administration agreed to pay some $1.2 million to the Italian family of aid worker Giovanni Lo Porto, who was killed in a drone strike in Pakistan .

The 37-year-old Lo Porto died last year when drones struck an Al Qaeda compound where he was being held hostage along with Warren Weinstein, an American humanitarian worker.

US aid worker Warren Weinstein, 73, being held with him also died in the operation. The White House confirmed that payments were made to both families, without releasing details.

In a rare admission of responsibility, President Barack Obama acknowledged the strike and promised compensation for the families. For legal reasons the White House is describing the money given to the two families as “condolence payment,” not compensation.

Although US has compensated for the death of the Italian worker but a huge majority in war torn regions including Pakistan, Iraq and Afghanistan have not been considered for any sort of compensation from a decade or so.