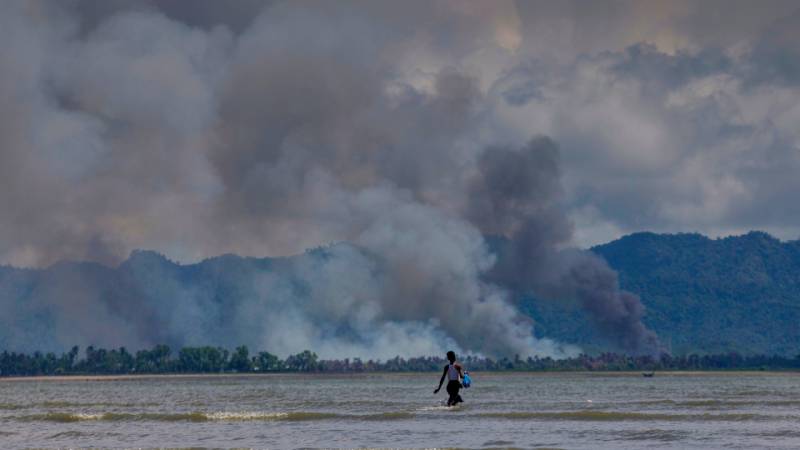 RAKHINE - Myanmar's government will manage the redevelopment of villages torched during violence in Rakhine state that has sent nearly half-a-million Rohingya Muslims fleeing to Bangladesh, a minister was reported as saying on Wednesday.

The plan for the redevelopment of areas destroyed by fires, which the government has blamed on Rohingya rebels, is likely to raise concerns about the prospects for the return of the 480,000 refugees, and compound fears of ethnic cleansing.

Citing a disaster management law, Aye said that redevelopment would "be very effective" in a meeting with authorities on Tuesday. The law states the government oversees reconstruction in areas damaged in disasters, including conflict.

The minister did not elaborate on any plans or what access to their old villages returning Rohingya could expect.

Half of 400 villages burned:

Human rights groups using satellite images have said that about half of more than 400 Rohingya villages in the north of Rakhine state have been burned in the violence.

The UN says more than 480,000 Rohingya – 60 percent of them children – have fled for safety to Bangladesh in the face of an army campaign in northern Rakhine state that includes rape and the burning of villages after attacks carried out by suspected Rohingya rebels on police posts on August 25.