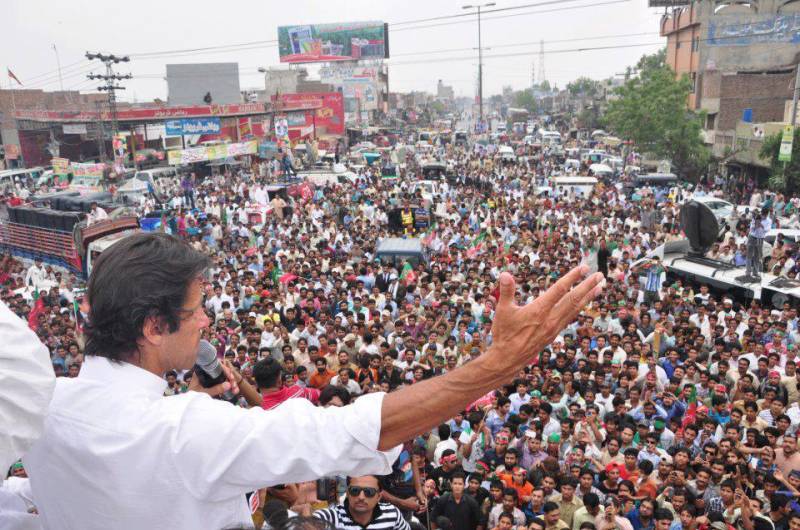 Among other bigwigs, chairman Imran Khan will deliver the main address to the people and would detail the future strategy in the aftermath of Panama verdict. Chairman Awami Muslim League Sheikh Rasheed will also deliver a speech.

All arrangements for the public meeting have been finalized. An 80 feet long and 20 feet wide stage has been prepared to accommodate the party leaders. The venue has been decorated with party flags and more than 30,000 chairs have been placed for the workers.

Separate enclosures for male and female workers have been arranged at the venue. The PTI leaders anticipate that a huge participation would be witnessed in the first post-Panama gathering in capital.

Security has already been beefed up in the adjoining areas. At least 20 walk through gates have been installed while over 1500 police and Rangers officials will be deployed for the security purpose.

PTI supremo imran Khan paid a visit to the site on Thursday night.