Mehwish wasn’t inherently evil: Ayeza Khan opens up about her role in MPTH 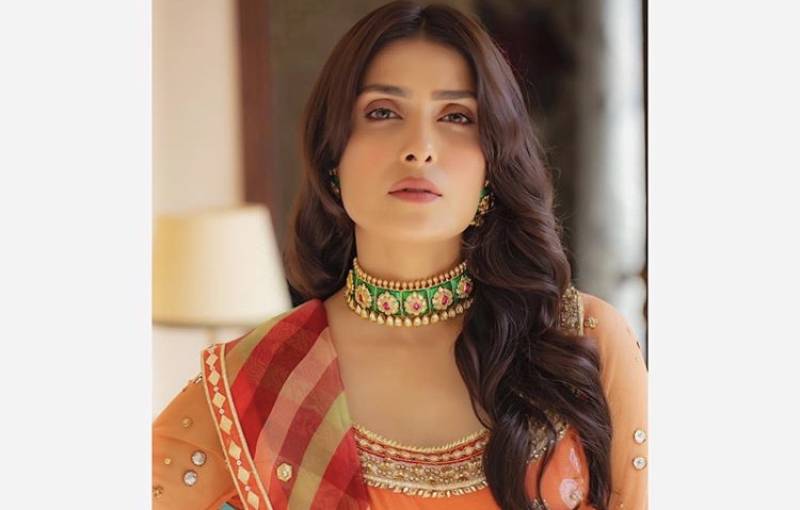 She discussed how she made a conscious effort to remain grounded and didn’t let the popularity of the show get to her. She also shared as to why she chose to perform the role of Mehwish when so many other female stars of the Pakistan TV fraternity rejected it.

“I want to tell you something… I don’t like to hear or talk about my success because I feel I might develop a habit of it,” said Ayeza.

She avoided giving interviews or talking about her work because she didn’t want the fame to get to her head.

“Everyone loved the serial but I feel that the sooner you go up, the quicker you come down. So we need to stay in the middle. And when I came into the industry, my intention was to always find a middle ground,” Ayeza stated. “I didn’t want to be somewhere unreachable, nor did I ever want to be too much in the limelight.”

Asked about how she managed to keep a balance between work and family, Khan responded, “I work five days a week and both Danish and I reach home by 9:30. I don’t stay out late and I like giving my family a lot of time.”

Explaining why she decided to take on a negative role in Meray Paas Tum Ho, Ayeza said, “I understand that people tend to correlate your onscreen persona with your actual self, but I considered the role because Nadeem Baig and Khalilur Rehman Qamar brought it to me. And I know when these two men approach you for something, they come prepared.”

Ayeza briefly discussed the criticism Meray Paas Tum Ho received and said, “When we do a serial, we obviously exaggerate certain things. And we need to ensure that the wrongdoing of a character is prominent.”

When realisation hit Ayeza that Mehwish wasn’t actually a negative character, she decided to accept the role.

“I went to Nadeem bhai and told him that she wasn’t all that bad. Her circumstances may have led her astray but she wasn’t inherently evil.”