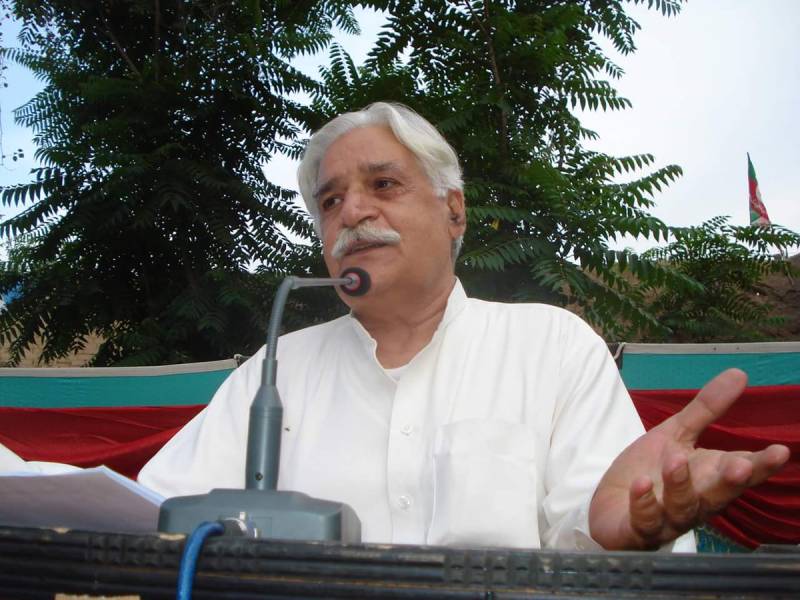 Gulzar, who suffered a heart attack a few days ago served in key positions as a bureaucrat including Deputy Commissioner Peshawar, political agent for South-Waziristan and chief commissioner for Afghan refugees.

Shortly before the last elections, he joined Pakistan Tehreek-i-Insaf and was elected to the National Assembly from NA-4 receiving 55,134 votes against a PML -N candidate, Nasir Khan Musazai.

He remained loyal till the time his party announced their decisions to tender resignations during the 2014 sit-in when he, along with Nasir Khan Khattak and Mussarat Ahmedzed announced that they would divert from party policy.

Following the split, Pakistan Tehreek-i-Insaf (PTI) chairman wrote to the speaker of the National Assembly, seeking the de-seating of three dissident PTI lawmakers including Gulzar for not submitting resignations alongside other PTI parliamentarians.

However, he was not de-seated and remained a member of the Lower House of the Parliament.

Gulzar expressed that he had not submitted his resignation in line with the party decision in 2014 on principle grounds, adding that he had asked the party chairman that the three MPAs who had been elected from the constituencies under him should also be asked to resign.

Following the demise of the politician, law makers including PTI supremo Imran Khan expressed grief and sorrow on Twitter.

Saddened to learn of our MNA Gulzar Khan's passing. My prayers go to the family in their time of grief.

PTI MNA Gulzar Khan elected from NA 4 passed away. May his soul rest in Peace & may Allah give strength to his family. A very nice friend

PTI MNA Gulzar Khan passed away. Sad news. May Allah give his family strength to face this loss.

Deeply grieved at sad passing away of MNA Gulzar Khan. May his soul rest in peace

Really sorry to hear about the demise of MNA Gulzar Khan Sb. May he rest in peace and may Allah grant his family sabr e jamil.