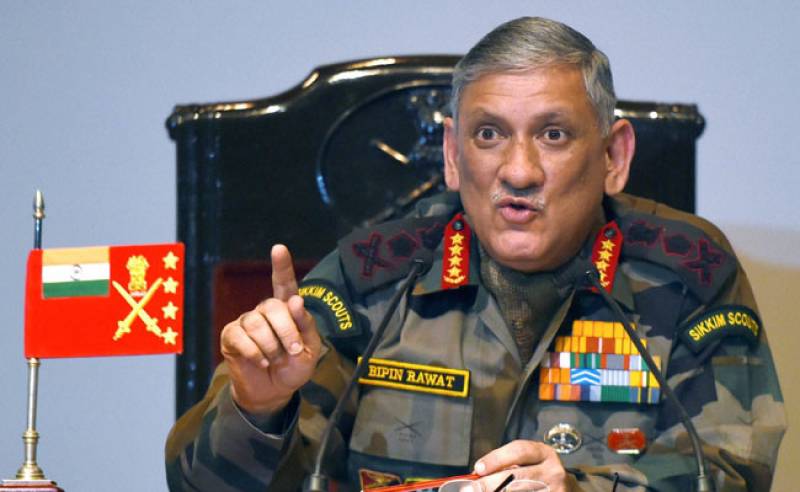 NEW DELHI - Amid ongoing standoff at Doklam with Chinese forces, Indian Army chief General Bipin Rawat spoke out openly against the multi-billion dollar project initiated by China along with its all-weather friend, Pakistan.

According to the Times of India, the army chief expressed fears regarding China Pakistan Economic Corridor (CPEC) while speaking at Savitribai Phule Pune University in his lecture titled, "India's challenges in the current geo-strategic construct".

Showing concerns regarding its routes, he said: “The CPEC passing through POK (sic) challenges India's sovereignty," adding that China was expanding its influential role in the regional security environment "by increasing defence/economic partnerships in the neighbourhood, especially in Pakistan, the Maldives, Sri Lanka and Myanmar".

He also alleged China for the prevailing border tension at Doklam near Sikkim-Bhutan-Tibet tri-junction.

"During flag meetings with China, we tell them that we (India and China) should go back to the pre-June 16 position at Doklam plateau. But we haven't been able to come up with a resolution as there are different perceptions about how it should be done. Hence, it should be dealt with at diplomatic and political levels," he said.