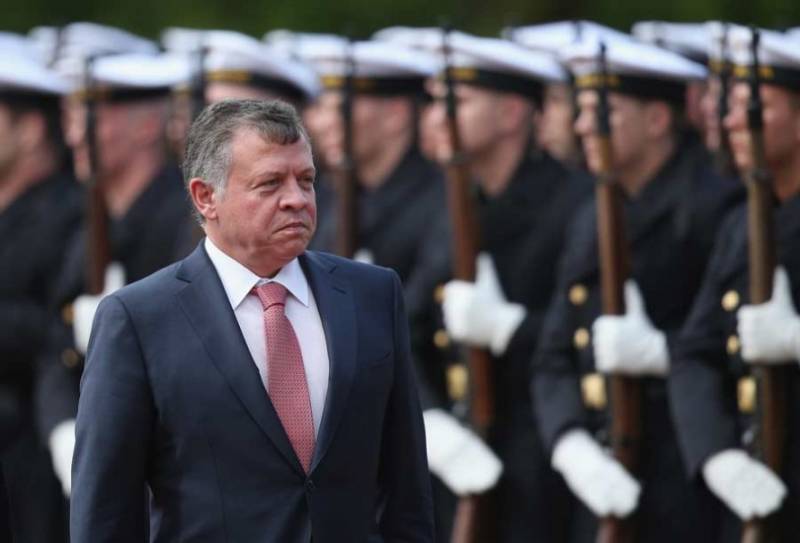 ISLAMABAD - Jordanian King Abdullah II said on Wednesday that other countries would be consulted regarding the ongoing situation in occupied Kashmir.

King Abdullah said Jordan was closely following the developments in the valley, calling for de-escalation and peaceful resolution of the dispute through dialogue.

The Jordanian leader made these remarks as he had a telephonic conversation with Prime Minister Imran Khan.

Pakistan's premier made the telephonic call to highlight the deteriorating situation in the Indian Occupied Jammu & Kashmir.

The prime minister said India’s illegal and repressive policies in the valley had not only led to a grave humanitarian crisis but also endangered peace and security in the region.

Through its unilateral and fascist actions, he said, India was attempting to change the demography of the disputed territory, which was a blatant violation of the international norms and the United Nations Security Council resolutions.

The prime minister said the international community must take notice of the Indian excesses and raise their voice for the oppressed people of Indian Occupied Jammu & Kashmir.

RAWALPINDI - National anthems of Pakistan and Kashmir will be played during the Kashmir hour on Friday, announced ...

The contact came weeks after Narendra Modi-led BJP regime revoked the special status of Kashmir by scrapping article 370 of the constitution through a rush decree.

The United Nations Security Council had convened a session to discuss the situation in the serene valley which is under lockdown from over three weeks now.

Pakistan would mark 'Kashmir Hour' on Friday to advocate the Kashmir cause. Prime Minister Imran Khan would also be highlighting the issue in his United Nations General Assembly (UNGA) address in September.