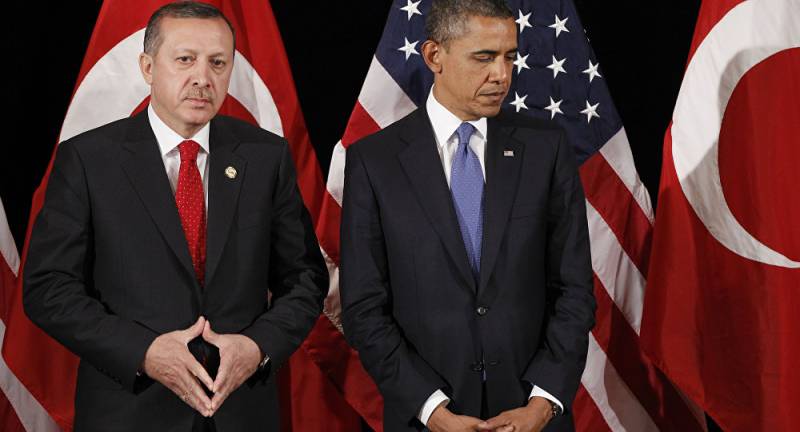 Speaking at a gathering on Tuesday, Erdogan not only accused the US of backing the violent groups but went on to claim that he had got pictorial evidence of its support to armed groups disrupting world peace.

"They were accusing us of supporting Daesh (ISIS). Now they give support to terrorist groups including Daesh, YPG, PYD. It's very clear،" he said.

"We have confirmed evidence, with pictures, photos and videos," Erdogan added.

Mr Erdogan also said on Tuesday that Saudi Arabia and Qatar should join its meeting with Russia and Iran to discuss Syrian peace efforts.

The Obama administration has responded to the allegations hurled by Erdogan.

US State Department spokesman Mark Toner said Erdogan's claims were "ludicrous" adding that there was "no basis for truth" in Erdogan's statement.

"Washington is 100 percent behind the defeat and destruction of Daesh, even beyond Syria and Iraq," Toner said.

The State Department also lauded Ankara's efforts in northern Syria, saying that they have been "very efficient and successful."

"The US is in constant contact with Turkey," Toner added.

Although the security and political observers have been raising voice regarding US support to ISIS and militant groups but Erdogan's categorical statement has raised the eyebrows of the international community that dubbed US as a saviour of world peace.