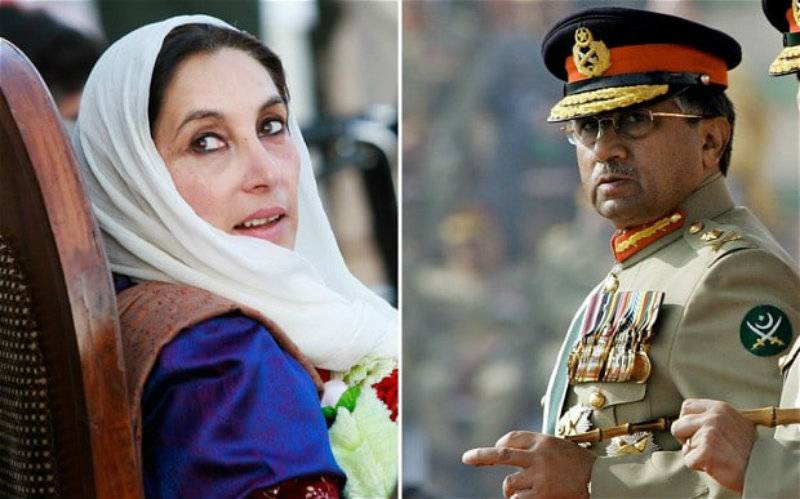 His denial follows PPP Chairman Bilawal Bhutto Zardari's an interview with BBC in which he accused Musharraf of murdering his mother.

Musharraf also in an interview with the BBC refused the allegation. In reply to a question whether rogue elements within the establishment could have been in touch with the Taliban about the killing, he said:  "Possibility. Yes indeed. Because the society is polarised on religious lines."

He further said, "I don't have any facts available. But my assessment is very accurate I think... A lady who is in known to be inclined towards the West is seen suspiciously by those elements."

It is to mention here that Benazir Bhutto was assassinated on December 27, 2007 immediately after addressing a public meeting at the Liaquat Bagh in Rawalpindi when a teenager suicide bomber shot Bhutto before exploding himself.

Bilawal talking to international media also said that Pervez Musharraf directly threatened late Benazir and told that her security was based on the state of relationship with him.

Despite the repeated denial of Musharraf, Bilawal strongly believed "Musharraf exploited this entire situation to assassinate my mother".

Bilawal says, "He purposely sabotaged her security so that she would be assassinated and taken off the scene."

Addressing a gathering on 10th death anniversary in Gari Khuda Baksh, Bilawal said: Benazir was punished for establishing a peaceful side of Islam, fighting dictatorship, fighting terrorists, protecting democracy, establishing the supremacy of the constitution, fighting for the rights of oppressed citizens, and giving the women of this country their due rights.