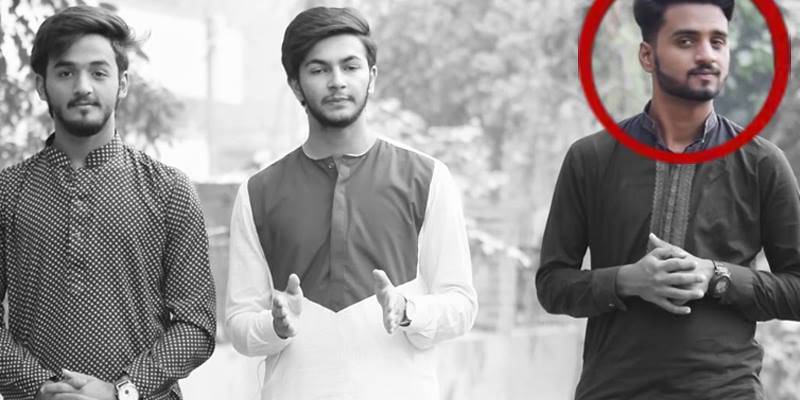 LAHORE - A young vlogger was shot dead by identified men in Lahore after a fight erupted following a prank on Monday.  The deceased, Rana Zuhair, and his two friends, Hasnat Ali and Abdul Saboor, decided to scare people in a park near Lytton Road.

Zuhair was a part of a trio with his friends Abdul Saboor and Hasnat Ali. The three boys shared several prank videos on their channel titled as Lahoori Vines.

The prank went wrong after the friends got into a fight with a family. Gunmen opened fire on Zuhair and he died on the spot.

As reported by Samaa Digital,  the friends got into a fight with a family while trying to scare them. One of the individuals present at the time opened fire at the boys, instantly resulting in the death of the boy.

Zuhair's friends were taken into custody by the police following the horrific incident in a park near Lytton Road.

After the tragic incident, many prominent personalities and social media users paid their condolences on the death of the young vlogger.

Just heard the news about prankster who got shot. Unfortunately he was a beginner kid and didn't understand that 99% of successful pranksters have staged / fake / scripted pranks. Real ghost prank karne ke chakkar me waqai ghost ban geya. May God Give his family sabr. Ameen. RIP

A YouTuber from Lahore got shot to death while recording a prank. pic.twitter.com/69iS94cSKm

Young YouTubers/Content Creators , please be careful and do not attempt pranks in random areas and people. Pranks are only fun and safe when you do it with people you know. All those videos look easy because many people work behind the camera for them #BeSafe God bless this kid https://t.co/8gF1f8JxAd