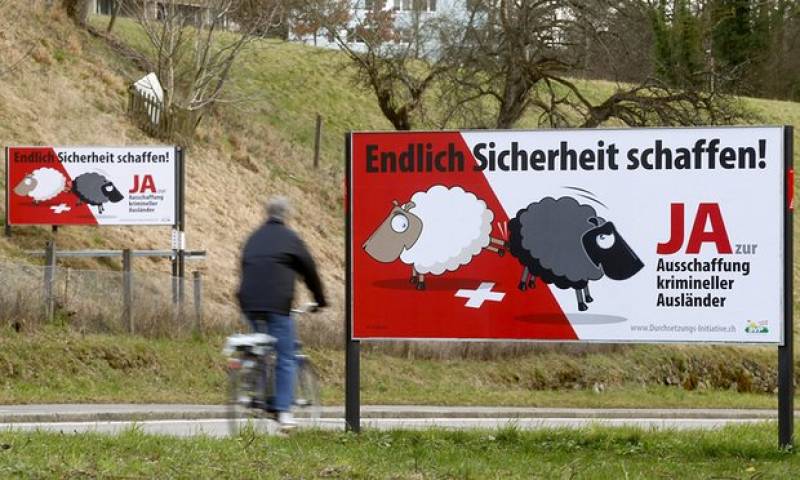 be automatically deported even for minor offences, after a far-right push to tighten the rules.

Polling stations opened at 9:00 am (0800 GMT) for the vote, which comes at a time when many European countries are hardening their attitudes to migrants after more than a million arrived on the continent last year.

More than half of Swiss voters backed strengthening rules to automatically expell foreign nationals convicted of violent crimes in a referendum on the same topic six years ago.