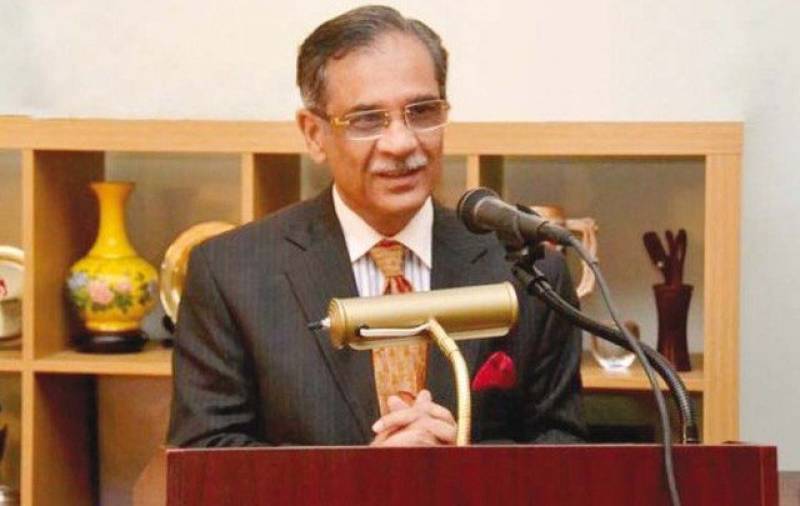 ISLAMABAD - The Chief justice of Pakistan Mian Saqib Nisar took another suo-moto notice on Wednesday regarding  media advertisements by the governments of Sindh, Khyber Pakhtunkhwa, and Punjab.

The top court constituted a three-member bench headed by the Chief Justice, fixing a hearing to be held on March 12. The court directed information secretaries of the concerned provincial governments to submit the record of awarding advertisements to print and electronic media within a week.

The court also asked the authorities to provide details of how many advertisements were provided to each media house.

"Taxpayers' money is being used for self-promotion, big advertisements are awarded at the nation's expense," the chief justice remarked and wondered: Doesn't this equate to pre-poll rigging?".

"They (govts) will have to promote their work at their own expense," he clarified.

The top judge observed that there was no water in state-run schools, no medicines available in public hospitals and yet, provincial governments spend taxpayers' money on massive advertisements.

The chief justice said that the provincial governments run advertisements in the media with large logos and pictures to promote their projects mentioning that '4,500 schools in Sindh were deprived of potable water'.