Cricket is more exciting after being commercialized: Hamza Ali Abbasi 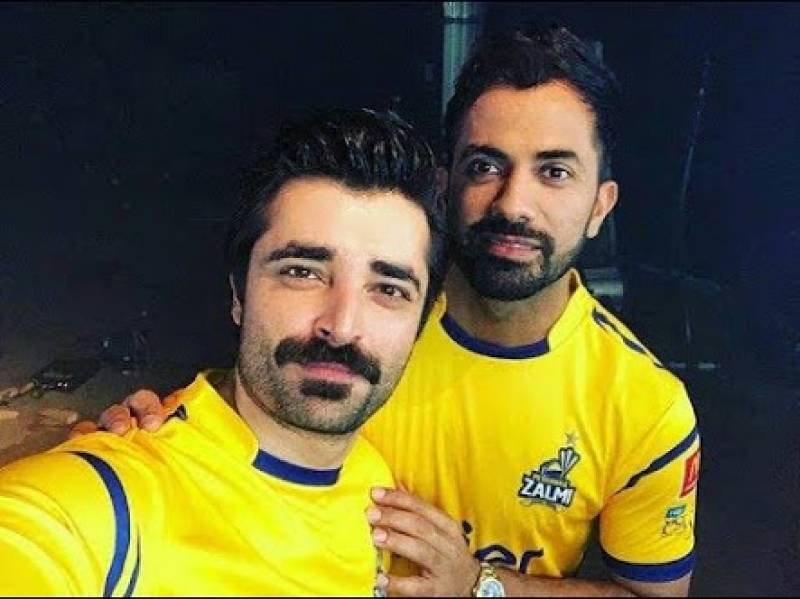 Pakistan Super League T20 Championship is grabbing all our attention - not to mention Hamza Ali Abbasi and Mahira Khan are the brand ambassadors this year!

Hamza Ali Abbasi has supported Peshawar Zalmi since the beginning and always refuted any false, controversial claims against it.

In a recent interview, he was asked what it is like to support Peshawar Zalmi, being a huge fan of cricket himself.

He said, “I have a very emotional affiliation with Peshawar Zalmi. I had seen it grow in front of me, I was there in PSL One. Zalmi is not just a cricket team. They have many social endeavours; they do a lot of work for social causes and education. I feel great being the brand ambassador. Let’s see what happens this year on the pitch, hope we win.”

Previously, the only interaction the world of cricket had with the world of Lollywood was if anyone form the two industries got married to one another. Ambassadorships and product endorsements have changed the very nature of cricket in Pakistan. This not only leads to the game being more of an entertainment than just a sport - it also reaches all kinds of people, even those who previously had no interest in the game whatsoever.

Talking about this change, Hamza says:

“Oh I see it in a great way -a very good way. It’s becoming more commercial. I think commercial is good. If there’s no money in it, people would not want to go and watch it."

#PSL2018 In my 3 years of supporting #PeshawarZalmi, I have seen them become a Team from scratch, then Champions & now Defending Champions! As PSL begins, I wish all teams best of luck with a special prayer for my ZALMIS! See u all on 24th & 25th in UAE. #YellowStorm #PSL3#HBLPSL pic.twitter.com/ufzzfnLqPH

At one point in time, cricket used to be called a gentleman’s sport but it’s not being termed as that anymore. The Main Hoon Shahid Afridi star welcomes the change.

“It’s not a gentleman’s sport anymore,” Hamza continues, “But it’s so much more exciting now. The more commercial it is, makes it more exciting,” he argues. “We should stop looking at it in a negative way. Previously, cricket was not an event which appealed to the masses. At one point in time, test cricket was the game of the elites. Only they would go and watch the matches. The game belonged to them alone. Now it’s the game of the masses. It belongs to the people now. Now it’s transitioned to them and it’s a good thing.”

Hamza Ali Abbasi is best known for his very unique opinions and him being vocal about them on Twitter and elsewhere. Does any of the backlash and comments from his followers affect him?

“Well, yes, I get hate but I also get love,” Hamza says, “Lots and lots of love. But dekho, when you choose to take sides, there will always be people who will not appreciate what you say. If you become neutral and start saying everyone’s good and everyone’s great, then  there’s no right and there’s no wrong – and resultantly, you’ll not get any hate or negative comments. But when you choose to pick a side, then there will be repercussions and you have to accept and face the repercussions, no matter what they might be.”

Hamza will soon be seen alongside his fellow Peshawar Zalmi ambassador, Mahira Khan, in the Bilal Lashari film Maula Jutt and then another film Parwaz Hai Junoon, alongside Ahad Raza Mir, Kubra Khan and Shaz Khan.