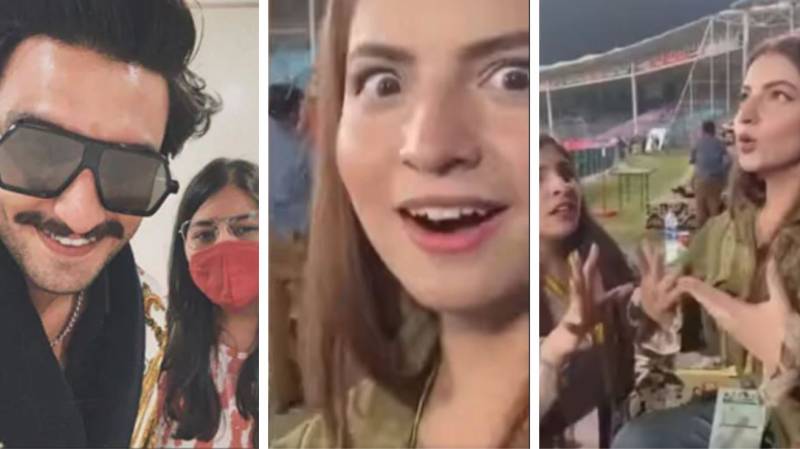 KARACHI – The 'Pawri Hori Hai' trend has literally taken over the internet and turns the internet into a frenzy after famous showbiz stars, politicians and athletes jumped on the bandwagon with hilarious videos.

Bollywood actor Ranveer Singh is the latest b-town icon to join the Pawri trend. One of the videos posted by the 35-year-old went viral on the internet in which Ranveer can be seen standing with a fan, holding spoons along with a box of ‘gajar ka halwa’ – a carrot-based sweet dessert.

Soon after the viral recreation by the Gully Boy actor, the Pawri girl Dananeer Mobeen took to social site Facebook and posted a reaction on the Ranveer’s mimic.

The Peshawar Zalmi ambassador while sitting in the stadium expressed her uncontrolled emotion. She sarcastically commented ‘It’s not a big deal, it’s probably fake’. Taking a sigh while reacting to the moment she added Ranveer who?