Eight die after fire broke out at a factory in Lahore 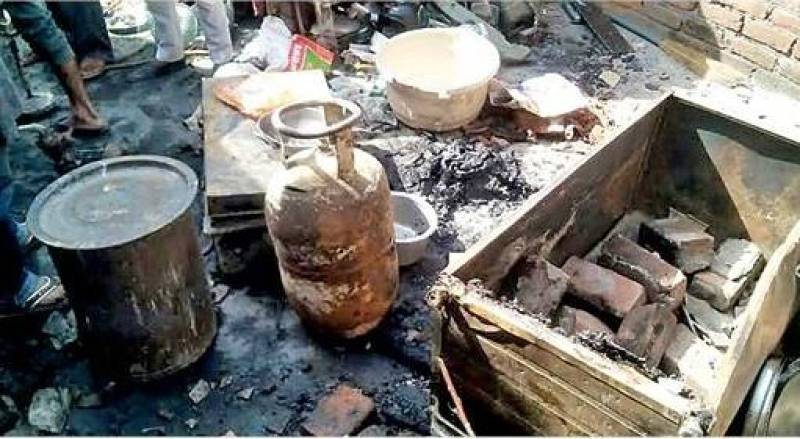 LAHORE – At least eight people including two women and two children died when fire broke out at a factory in Lahore on Tuesday.

According to a Rescue 1122 spokesman, the blaze took over the perfume factory located in Imamia Colony at the Kala Khatai Road in Ferozewala after a gas cylinder burst there.

The fire quickly spread and engulfed the entire factory which makes body sprays resulting in the collapse of the factory’s roof.

Due to the intensity of the explosion roof of a house adjacent to the factory also collapsed.

At least 10 fire brigade vehicles reached the spot and brought the fire under control after a hectic effort.

Two people also got injured in the incident and were shifted to a hospital in Lahore.