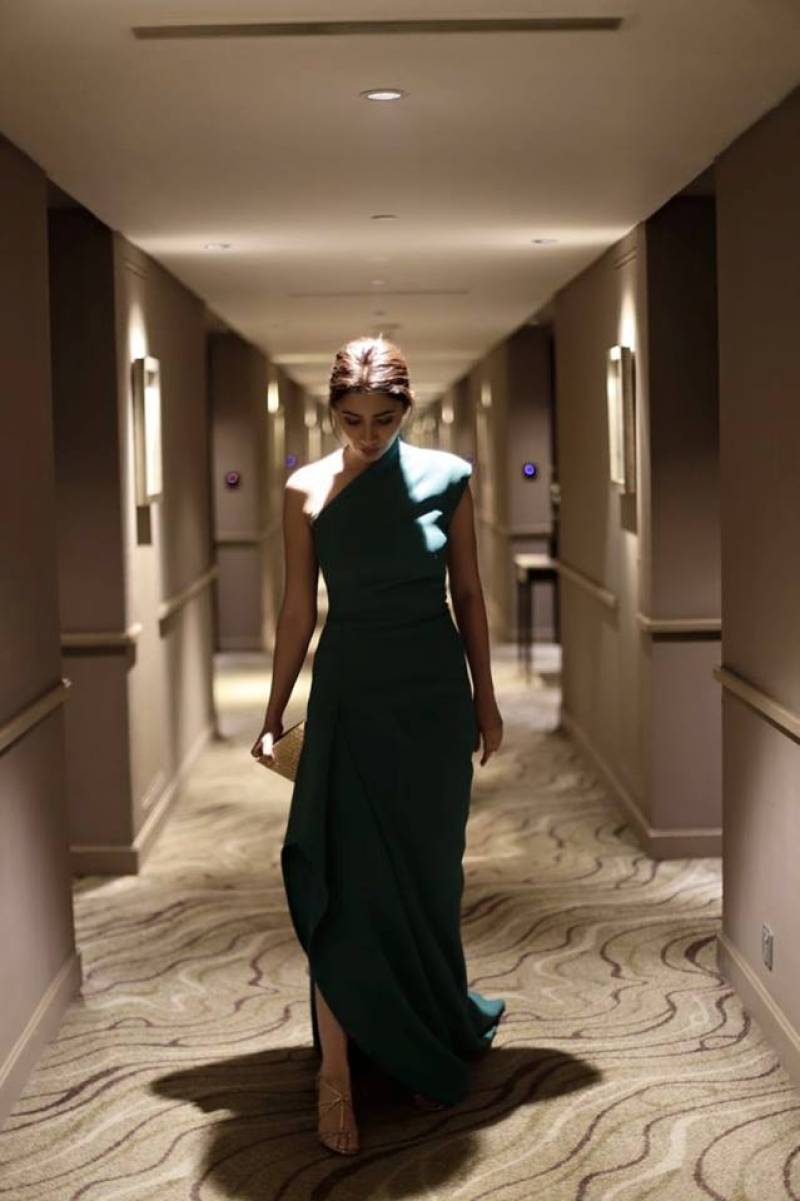 MUMBAI - Pakistan's incredible drama star Mahira Khan, who is trying her luck in Bollywood, has already started bagging awards across the border after being graced with the "Face To Watch Out For" award at the Vogue Beauty Awards on Wednesday.

Clad in a green outfit, the Pakistani star looked stunning and was bolstered by the recognition she received at the awards show. 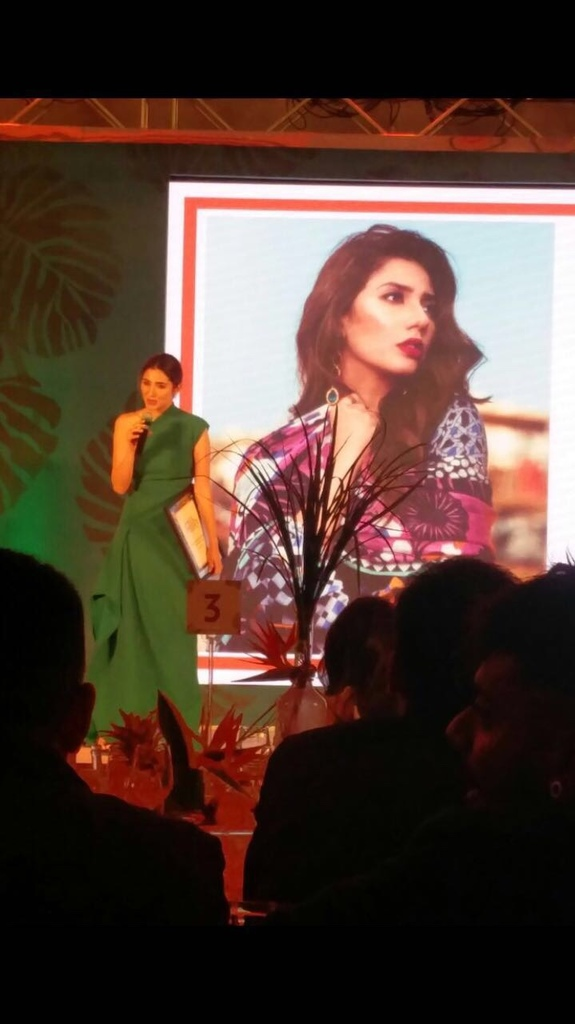 Mahira also revealed the effort she had put into dressing up for the star-studded event. 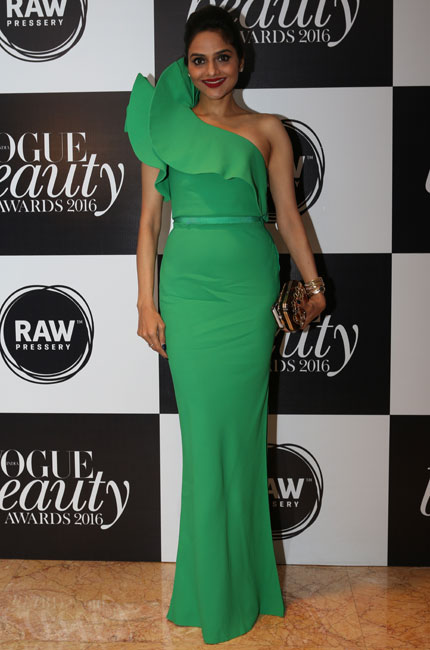 Ranbir Kapoor, the heartthrob of India won the title of the Most Beautiful Man. The handsome actor looked perfect in black suit at the event. 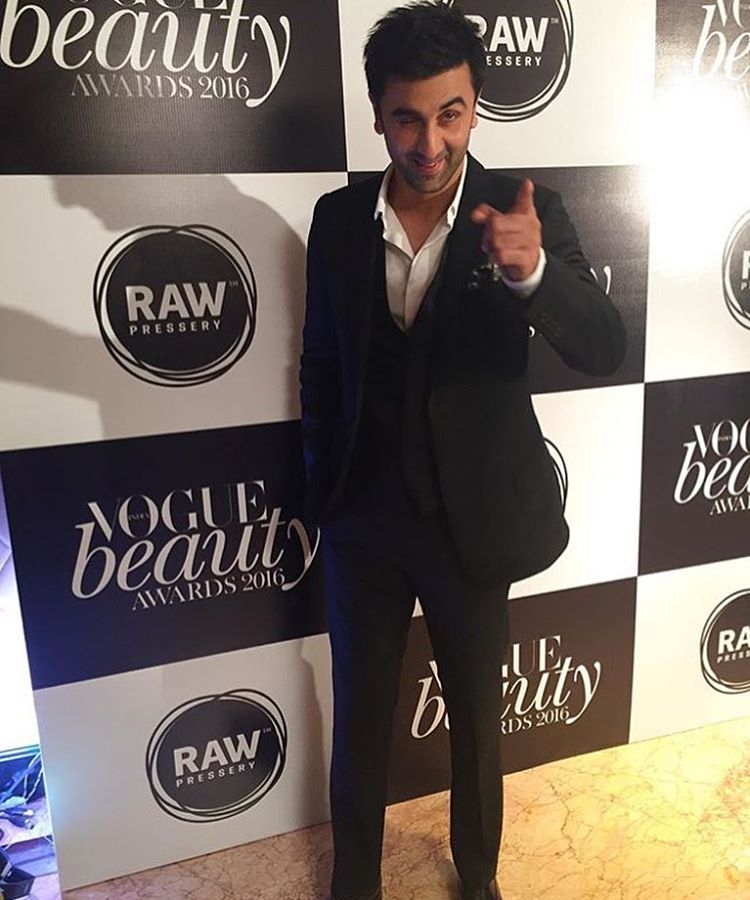 It is worth mentioning that the "Humsafar" duo of Mahira and Fawad Khan have already gained much popularity in India. Last Year, Fawad Khan won Vogue "Most Beautiful Man" award.