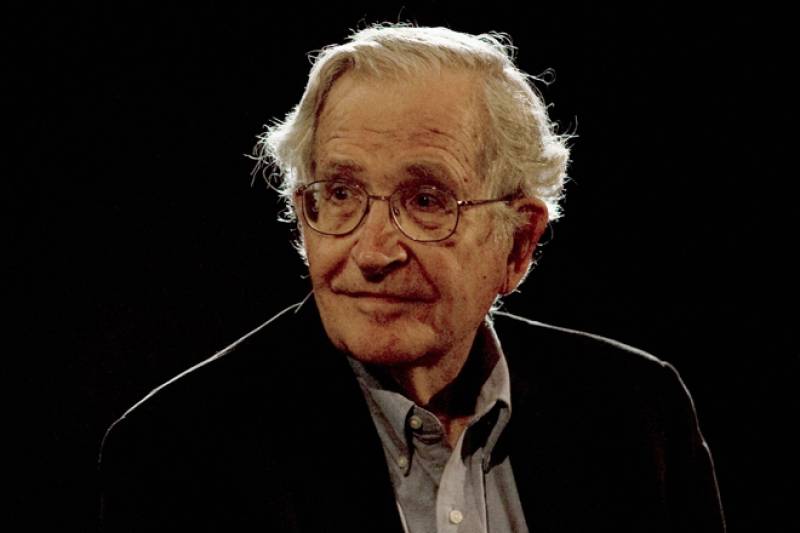 ISLAMABAD - More than 800 prominent writers, academics and others, including American philosopher Noam Chomsky, have expressed their solidarity with the people in Indian occupied Kashmir through a letter.

Noam Chomsky, Mirza Waheed, Nitisha Kaul, Kamila Shamsie, Basharat Peer and others are among the signatories. The letter voices "deep concern about the armed violence perpetrated by the Indian state through its 700,000-strong army on civilians in the region.”

“We the undersigned are deeply concerned about the armed violence perpetrated by the Indian state through its 700,000 strong army on civilians in Indian occupied Jammu and Kashmir since the 8th of July 2016. More than 50 people have been killed on the pretext of crowd control since then,” the letter stated.

Pakistan has categorically denied India’s claim that Kashmir is an integral part of the country and has demanded that the Kashmir dispute be resolved under relevant resolutions of the United Nations Security Council.

Full text of the letter is given below:

We are deeply concerned about the armed violence perpetrated by the Indian state through its 700,000 security forces on civilians in India-occupied Jammu and Kashmir since 8 July (India is blinding young Kashmiri protesters – and no one will face justice, theguardian.com, 18 July). The death toll is nearly at 60; toddlers and teenagers have been injured alongside more than 3,500 civilians in a critical condition.

After the killing of popular 21-year-old rebel commander Burhan Wani, Indian forces attacked unarmed mourners and protesters with guns, pellet guns and tear gas (Report, 12 July). A complete lockdown and curfew in Kashmir since then allowed Indian forces to shut down mobile and internet services (Report, 20 July) and the Kashmiri press was banned for some days. The humanitarian crisis unfolding in Kashmir is only the most recent in the three decades of militarisation since the 1990s. The current protests, and those in the three bloody summers of 2008-10, reflect the resilience of the Kashmiri people and their demand for the right to self-determination guaranteed by UN resolutions and promised by the Indian parliament in 1948.

We condemn the systematic violence used by Indian armed forces and demand an immediate end to this state terrorism against civilians. We furthermore demand that the Indian government communicate with Kashmiris, rather than considering it a bilateral issue between India and Pakistan. We also call on world leaders and human rights organisations to unequivocally condemn the siege of Kashmir and the ensuing war crimes and human rights violations by India’s security forces.